Looking for a second home? UK, Spain among top destinations

One in four people surveyed by Knight Frank said they were more likely to move in the next 12 months as a result of the Covid-19 pandemic with most seeking a different property in the same location. 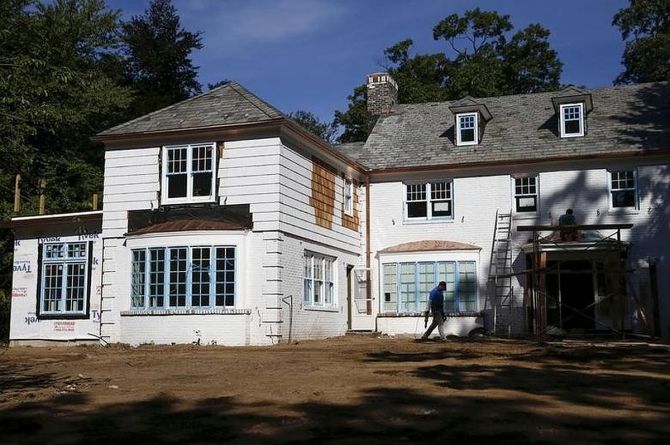 The Covid-19-induced lockdown and a likely fall in prices of residential property over the next 12 months have presented home buyers with a unique opportunity.

Nearly a third (26 per cent) of the 700 respondents surveyed by Knight Frank across the globe are planning to buy their second homes.

One in four people surveyed by Knight Frank said they were more likely to move in the next 12 months as a result of the Covid-19 pandemic, with most seeking a different property in the same location (40 per cent).

Around 26 per cent said they were willing to move to a different property elsewhere in the same country and 34 per cent of those considering a move were scouting for a purchase abroad (9 per cent of all respondents), according to the survey's findings.

The survey, undertaken between 5 June and 23 June 2020, represents the views of over 700 clients across 44 countries.

The type of property, too, has gained significance with around 45 per cent of respondents now preferring to buy a detached family home, with waterfront homes (40 per cent) and rural homes (37 per cent) also remaining in favour.

The demand for apartments has, however, remained largely static compared to pre-Covid-19 times with 52 per cent respondents stating their attitude to apartment living is unchanged.

“Nearly two-thirds of respondents say they are more likely to work from home post lockdown, which explains why 64 per cent say a home office is now more important,” Knight Frank survey said.

Among regions, the United Kingdom (UK), Spain and France top the list of preferred destinations to purchase a home, followed by Australia, Canada, Switzerland and the United States (US), Knight Frank's findings suggest.

All these countries, according to their findings, offer a good quality life, political stability, a secure currency and an excellent education systems.

Of the people who wanted to shift abroad, only 2 per cent were willing to move to India, the findings suggest.

That said, over 30 per cent of respondents believe their budget has declined by over 10 per cent since the start of the crisis as companies cut costs, which in turn led to salary cuts, reduced hours or redundancies in some cases.

Of the 56 per cent respondents surveyed by Knight Frank that expect prices to fall over the next 12 months, 27 per cent see a fall of less than 10 per cent.

Upgrading the family’s main residence, according to Knight Frank, ranked highest as the reason for purchasing, with improved access to quality healthcare ranking second, a holiday home in the sun was ranked third followed by business or employment reasons in the fourth place.

“Over 26 per cent respondents said they were more likely to buy a second home as a result of the pandemic, presumably to enhance their lifestyle and to use as a retreat in the event of a second spike,” Knight Frank Global Buyer Survey 2020 released August 5 said.

Nearly two-thirds of buyers say when looking for a second home abroad they would be influenced by the government's handling of the Covid-19 crisis.

"Asian buyers looking to purchase abroad are traditionally investment focused but we are slowly starting to see interest in properties for their own use, as either primary or secondary residences,” said Victoria Garrett, head of residential for Knight Frank in the Asia Pacific region.