A phased roll-out of prohibition will hit revenues of companies, which get 5% of their volume sales from the state The ball was set rolling on Saturday, when state government officials cracked down on illegal liquor shops as a first step towards prohibition.

Reddy, who was sworn in as CM on Thursday, has said that he is looking at a total ban on alcohol in the state by 2024.

Only five-star hotels in Andhra will be allowed to serve alcohol by then.

Counted among the top five alcohol-consuming markets in India, liquor companies from United Spirits (USL) to Allied Blenders & Distillers (ABD), Pernod Ricard to Radico Khaitan get 5 per cent of their volume sales from AP.

In the case of categories such as beer, the proportion is higher around 7 per cent of volume sales for companies such as United Breweries (UB), sector experts said.

In an analysts call last week, USL’s management admitted that the prohibition in AP had come at a time when states in general were either inclined towards curbing alcohol consumption or increasing taxation on alcoholic beverages.

This would hit sales and affect growth prospects of the market, the management said.

The total India-made foreign liquor (IMFL) market was pegged at 361 million cases at the end of FY19, an 8 per cent growth over the previous year.

Sales growth, though, has slowed in the past few years from levels of about 10-12 per cent reported earlier due to stiff policy measures and taxation.

Last week, Mizoram implemented a complete ban on the sale and consumption of alcohol following a new liquor law that was passed in the Assembly.

It joins states such as Gujarat, where there is a complete ban on the sale and consumption of alcohol for decades now.

Others such as Kerala, Bihar and Tamil Nadu, which account for a fifth of the country’s alcohol consumption, have put varying degrees of prohibition over the past three years, sector experts said.

Deepak Roy, executive vice-chairman, ABD, said the bigger concern with an alcohol ban in states such as Andhra was that capacity expansion would suffer.

“Apart from the loss in volume sales, enhancement of capacity at plants (in the state) will take a hit.

"From a long-term growth point of view, this is not good,” he said.

ABD’s Officer’s Choice whisky is among the top brands in Andhra after USL’s McDowell’s No. 1 whisky and brandy, respectively.

Pernod Ricard’s Blenders Pride and Royal Stag are also popular in the state.

Totally, AP is estimated to be selling around 38 million cases of IMFL right now.

A ban will mean that this market will shrink completely, pushing up sales in neighbouring regions such as Telangana, Karnataka and Maharashtra.

Already, stocks of listed companies such as USL and United Breweries have reacted negatively to prohibition in AP, remaining largely volatile through last week, data from BSE shows.

Negative surprises are expected to weigh in on the valuation of companies such as USL, brokerage firm UBS said in a report released on Friday.

“While the strike rate of prohibition has been patchy in India, Reddy being a first-time CM will want to implement it seriously in Andhra.

"The next few quarters could be challenging in that respect for companies and all eyes will be on how Reddy goes about doing it,” he said. 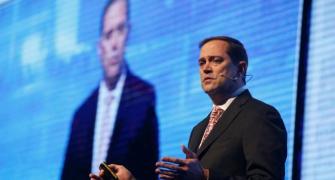 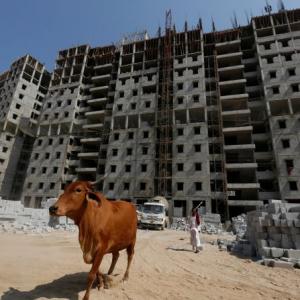