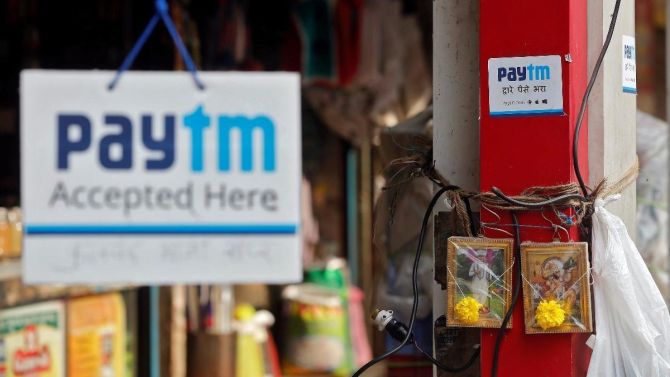 The Reserve Bank on Monday said there will not be any extension to the February 28 deadline for mandatory KYC-compliance by prepaid wallet customers.

However, customers who have balances in such wallets or prepaid payment instruments (PPIs) need not worry about their money even if they do not fulfill the KYC (know-your-customer) norms, the central bank said on Monday.

"Sufficient time has already been given to meet the prescribed guidelines.

In the event PPI issuers not obtaining the KYC-related inputs within the timeline, customers will not lose their money," deputy governor B P Kanungo told reporters in Mumbai on Monday evening.

They were initially given time till December 31, 2017, to make those accounts KYC-compliant, which was extended to February 28.

According to media reports, PPIs were feeling that the KYC requirement was very challenging and if the guideline were to be implemented, they feared losing business as 90 per cent customers have been onboarded using the minimum KYC, which is giving the telephone number.

The PPI industry also feels that if KYC is done for mobile phones, the same should take care of security concerns.

"The guidelines are designed to strengthen safety and security of transactions and customer protection," Kanungo said, adding KYC requirements are necessary to usher in inter-operability.

As per the master directions issued on the matter last October, the RBI wants to make inter-operability between the PPI wallets and also with bank accounts and cards possible.

Apart from paying for purchase of goods and services, PPIs are used extensively for remittances currently, which offer a very lucrative business opportunity for agencies involved in carrying out remittances.

Kanungo said customers can continue to undertake transactions for purchase of goods and services as per the available balance, but will have to fulfill the KYC requirements before remitting money or reloading the wallet.

As per the laws, a customer can fulfil the KYC requirements by submitting any document like the Aadhaar number, voter ID, among others.