Softening its stand on CAG audit, Reliance Industries has agreed to a scrutiny of its expenses in the flagging KG-D6 gas block by the official auditor even after expiry of the contractual period.

RIL, however, says contractually there was no scope for CAG doing a performance audit and the scrutiny should be strictly a financial audit as has been promised by the Oil Ministry.

RIL President and COO (Business) B Ganguly on July 16 wrote to the Oil Ministry saying the company "was agreeable for audit of Block KG-DWN-98/3 (KG-D6) by the CAG as per Section 1.9 of the Accounting Procedure to the Production Sharing Contract."

"As agreed by the Ministry of Petroleum and Natural Gas, it will be a financial audit and conducted in compliance with various sub-sections of Section 1.9 and it will not be a performance audit," he added.

The company agreed to cooperate in the audit even if the exercise is conducted after a lapse of two years. The Production Sharing Contract (PSC) provides for audit within two year of the period being scrutinised and only under exceptional circumstances can it be done even after lapse of the mandated period.

RIL, he said, did not agree with the reasons given by the ministry as constituting exceptional circumstances for audit of time barred years but "as a gesture of cooperation" it has agreed to CAG doing the audit of spendings during 2008-09 to 2011-12 as an exception.

The firm had previously stated that CAG cannot do a audit of time-barred periods and that the audit report be submitted to the Oil Ministry, as provided under PSC, and not to Parliament. Also, it wanted CAG to maintain confidentiality of the information shared and not make them public.

CAG had strongly contested the conditions and the Oil Ministry too had been pressing RIL to give CAG "unfettered access to account books".

RIL, in the November 16 letter, referred to meetings held with the Oil Ministry to state that the company has been emphasising that "the report shall be kept confidential as required by the PSC".

CAG, it said, can conduct audit/special performance audit of the ministry or the Directorate General of Hydrocarbons (DGH) after the audit process under the PSC was completed.

Stating that RIL had assured cooperation in such an exercise, Ganguly said "as agreed such performance audit of the Ministry/DGH would not be mixed with the audit of the contractor's (RIL's) accounting books and records which will be an independent standalone audit."

Also, RIL "would not be subjected to any adverse implication of its economic interest as a result of the performance audit of the Ministry/DGH," he added. 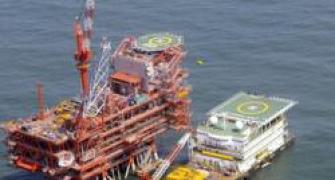