News
Business
Movies
Sports
Cricket
Get Ahead
Money Tips
Shopping
Sign in  |  Create a Rediffmail account
Rediff.com  » Business » Karnataka to be the second biggest auto hub in the South

Karnataka to be the second biggest auto hub in the South 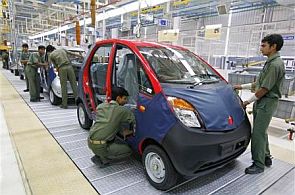 With the commissioning of a two-wheeler manufacturing plant by Honda Motorcycle and Scooter India Pvt Ltd (HMSI) at Narasapur in Kolar district, 58 kms from Bangalore, the state has taken another step towards realising its dream.

On Tuesday, HMSI inaugurated its new plant, to produce 1.8 million two-wheelers by March, 2014.

Together with its 17 vendors, the company has invested over Rs 3,000 crore. Thus, it has emerged the second two-wheeler company to start manufacturing in the state.

TVS Motors already operates at Nanjangud in Mysore district. Karnataka is already home to automobile majors like Toyota, Volvo, Tata Motors and Mahindra Reva. Besides these, commercial and off-road vehicle makers like BEML also has a presence in the state.

To begin with, Honda will manufacture Dream Yuga motorcycle and Activa scooters at the plant, and expand its product portfolio as and when the demand for other products increases in south India, Yadvinder Singh Guleria, vice president, sales & marketing, HMSI, said.

Honda will provide employment to 4,500 persons and together with its vendors the total employment generated will touch 10,000 next year.

The state government has allotted 119 acres to HMSI. When fully-operational, the company will manufacture 1.8 million two-wheelers at the plant. Apart from the HMSI and its vendors, Narasapur is also set to host other automotive giants which are in the process of setting up shop there.

Nippon Compo India and T S Interseat among others.

To add to this list is the UK-based premium bike maker Triumph Motorcycles which has zeroed in on Narasapur for a local assembly plant.

The company has signed a memorandum of understanding with the state government. About 40 acres has been identified for the company for its plant. Scania has made an initial investment of Rs 150 crore (Rs 1.5 billion).

Scania's facility will serve as a completely knocked down (CKD) assembly unit for truck and bus chassis during phase one of the operations. It will employ about 800 people in this facility over the next five years.Scania plans to roll out 2,000 heavy trucks and 1,000 inter-city buses and coaches from this plant in the next five years.

Other than the automobile companies, the government has allotted land to Mahindra Aerospace Pvt Ltd to manufacture small aircraft at Narasapur. it will invest Rs 285 crore (Rs 2.85 billion) in this facility.

Karnataka is already home to other automobile majors like Volvo, which has two plants for making trucks and buses at Hoskote and Toyota Motor Corporation at Bidadi.

Toyota makes cars and engines. Mahindra Reva has recently set up a new plant to produce electric cars at Bommasandra near Bangalore and TVS Motors has a plant at Nanjangud in Mysore district to manufacture two-wheelers.

Tata Motors has set up two plants for construction equipment and buses in Dharwad. BEML has two plants for making buses and trucks for armed forces in Bangalore and KGF.
Mahesh Kulkarni in Chennai and Bangalore
Source: 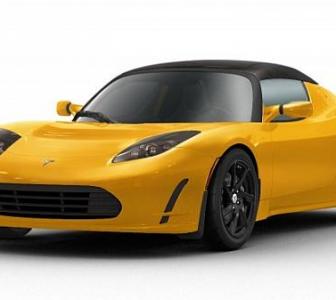 IN PICS: The all new TVS Wego 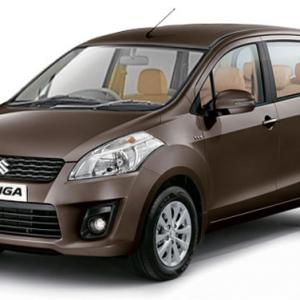