Indian IT industry veterans believe lack of maturity from the political leadership may have helped people in the US to take advantages. 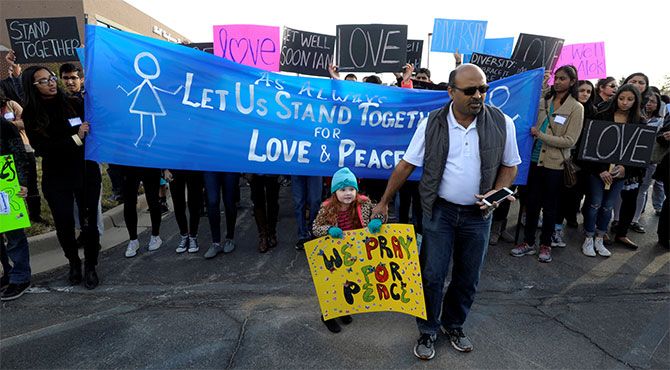 Indian IT services industry says engineers from the country working in the US should be counselled on how to protect themselves against racist attacks in the wake of Kansas incident where an Indian engineer Srinivas Kuchibhotla was allegedly killed by a shooter.

While Kuchibhotla died in the hospital, Madasani was released on Thursday and Grillot is recovering.

A large chunk of the Indian software engineers work on projects in the US with H1B visas and such an incident may depress them. The IT services industry lobby Nasscom said it is crucial to ensure "safety" of the Indians working in the US on different technology projects.

"This may be an one-off incident. But, safety and security of our workers or any immigrant in the US are of utmost importance. Companies should counsel the employees from India and other places how to protect themselves in situations like these," said Sangeeta Gupta, senior vice president, Nasscom.

Indian IT industry veterans believe lack of maturity from the political leadership may have helped people in the US to take advantages.

US President Donald Trump came in power with nationalism card and proposed to amend the H1B visa norms, which could impact Indian IT companies' business.

Indian nationals roughly account for 69 per cent of the total H1B visas issued including new and renewal and most of them are software engineers working on projects for US businesses.

Trump has advocated for having strict immigration laws to protect the jobs of local people. He said his administration would be harsh to companies if they try to replace jobs of US citizens with talent from other countries.

Indian IT services firms, however, often said lack of high-skilled talent has been an issue for servicing their customers in the US, which is the biggest software export market.

"Donald Trump's rhetoric of nationalism during the US Presidential election campaign may have provoked people to use it to their advantage. It is also the responsibility of the political leaders to not play up such issues. US is nation of many immigrants," said Balakrishnan.