The situation could become more acute as millions of migrants who had returned to their villages during the lockdown come back to the towns for higher wages and better livelihoods. As the economy stares at a recession in 2020-21, job creation will be a big challenge in urban India where the unemployment rate in early August, though better than the previous months, is still higher than rural India.

The situation could become more acute as millions of migrants who had returned to their villages during the lockdown come back to the towns for higher wages and better livelihoods.

This has spurred some thinking within government on offering some sort of urban livelihood scheme to create jobs.

“This crisis has highlighted the issue of migrant workers in urban areas.

"Something is in the works, and it is being done by the relevant ministries.” economic affairs secretary Tarun Bajaj said in a recent interview to Business Standard.

But this is not a new territory for the government.

In 2014, the government launched the Deendayal Antyodaya Yojana - National Urban Livelihoods Mission (DAY-NULM) - to provide gainful self-employment to the urban poor and other essential services.

According to a Parliament reply, between 2014-15 and October 31, 2019, over 460,000 Self-Help Groups (SHGs) have been formed under the scheme, and 461,994 beneficiaries have been assisted for setting up individual or group micro-enterprises for self-employment.

Available documents stated that the mission had tied up with leading e-commerce platforms and others to provide market access to the products produced by the SHGs and other urban poor in association with states.

Critics agreed that though the programme has made some progress, but it hasn’t met a lot of their expectations.

“The urban poor is highly dynamic and enterprising. The scheme has managed to create lot of SHGs in the urban areas and they are making good products, but the question is how many of these products have found strong and viable markets in urban areas itself,” said Arbind Singh, national co-coordinator, National Associ­ation of Street Vendors of India.

But, one component of the scheme that has done well is in monitoring the progress of the Street Vendors (Protection of Livelihood and Regulation of Street Vending) Act 2014 - and its various provisions.

The real challenge for any new scheme, says Singh, is to protect migrant labour and the self-employed from exploitation and extortion, which most scheme have not been able to address so far.

This is where an urban employment guarantee programme on the lines of the 15-year-old rural employment programme could work.

Himachal Pradesh has notified such an Act, called the Mukhya Mantri Shahri Ajeevika Guarantee Yojana, that seeks to provide 120 days of guaranteed wage employment to every household in urban areas.

Odisha’s initiative, called the Urban Wage Employment Initiative, is an employment scheme with an initial allocation of Rs 100 crore for six months starting from April 2020.

In both programmes, the urban local bodies will identify projects, enrol job seekers and ensure timely payment of wages, monitoring of works etc.

Jharkhand is also working on one such scheme.

“I feel that a programme that guarantees minimum days of job is a better option but it should be demand-driven, not supply-driven, and should have a legal backing,” said Debmalya Nandy, an activist with MGNREGA Sangharsh Morcha.

Another option, which some are talking about, is a Garib Kalyan Rojgar Abhiyan (GKRA) campaign for the urban poor by converging existing schemes.

Since its launch in June, Rs 16,000 crore has been spent through GKRA on providing jobs of about 200 million mandays out of Rs 500 billion estimated. 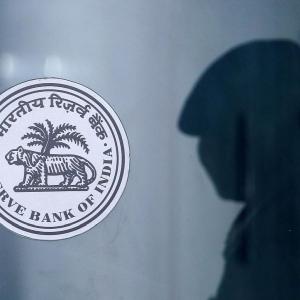