Brookfield Asset Management will pay around Rs 29,000 per square foot for the 170,000 square feet of space in Jet Airways’ two-floor office in Bandra Kurla Complex. The Canada-based investment fund, which owns 25 million square feet of commercial space in the country, was the sole bidder in an auction held on Friday, sources said.

Brookfield will pay around Rs 29,000 per square foot for around 170,000 square feet of office space in Jet Airways’ Godrej building.

According to real estate experts, the price quoted by Brookfield (which was also the auction reserve price) is fair given the current market conditions. Brookfield declined to comment. Private equity firm Blackstone had paid Rs 40,000 per square foot last year for 650,000 square feet in the same Bandra Kurla Complex.

Ashok Kumar, managing director at Gennex Partners, a commercial real estate services firm, said the property would have fetched 10 per cent more if the market conditions had been normal. “It’s a fair price, given the prevailing market conditions. In fact, it is great that deals are happening in the current scenario,” said Kumar.

Jet Airways shut down in April 2019 and has been under the insolvency process since June last year. The airline’s resolution professional, Ashish Chhawchharia, has shortlisted four suitors and due diligence is underway.

“Typically, airline debt is not always backed by tangible assets and hence recovery from sale is not significant. For lenders, it is a Hobson’s choice.  However, resolution looks to be a better proposition, given Jet Airways’ brand recall and attractive cost base in the current situation,” said Rajesh Prasad, chief strategy officer of Jet Airways. 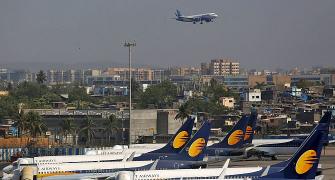 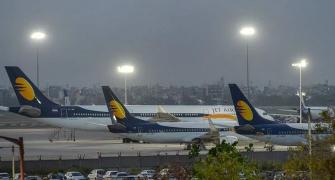