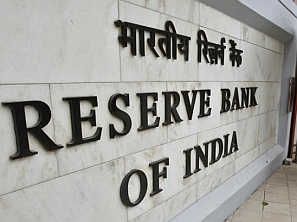 The Bimal Jalan panel, which scrutinised applications for new bank licences, today submitted its report along with shortlisted entities to the Reserve Bank of India.

"We have submitted report (on new bank licences) to RBI," Jalan, a former Reserve Bank Governor, said after a four-hour meeting in New Delhi.

The report contains names of entities eligible for bank licences. It was not immediately known how many applicants have been shortlisted by the high-level advisory panel.

The committee started evaluating applications at its first meeting on November 1.

Other members of the committee are former RBI Deputy Governor Usha Thorat, former Securities and Exchange Board of India Chairman C B Bhave and Nachiket M Mor, Director of the Central Board of Directors of the Reserve Bank of India.

Guidelines for setting up new private banks were issued in February 2013.

The last day for applications was July 1.

In the past 20 years, the RBI has licensed 12 banks in the private sector in two phases.

Ten banks were licensed on the basis of guidelines issued in January 1993.

Kotak Mahindra Bank and Yes Bank were the last two entities to get banking licences from the RBI in 2003-04.

In the 2001 round of guidelines for new licences, the committee members were C G Somiah, former government auditor CAG, I G Patel, former RBI Governor, and Dipankar Basu, former head of State Bank of India.

India has 27 public sector banks, 22 private sector banks and 56 regional rural banks.
© Copyright 2020 PTI. All rights reserved. Republication or redistribution of PTI content, including by framing or similar means, is expressly prohibited without the prior written consent.