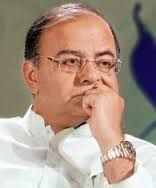 Battling strident opposition on the land bill, government on Thursday held interaction with farmers' representatives from various states to address their ‘misgivings’ on various issues and take their concerns on board.

In an hour-long interaction, which saw demands, including bringing back the consent clause in the land bill, Information and Broadcasting Minister Arun Jaitely assured the farmers that the government would go ahead on the issue only after incorporating their suggestions and that their interests will not be ignored.

Emerging after the meeting, former BJP Kisan Morcha leader and Advisor of DD Kisan channel, Naresh Sirohi told reporters that farmer representatives from over 30 organisations expressed their views on land bill in the meeting.

He said the minister has constituted a committee of five-six people, which will record the suggestions of farmers on land bill, and present to him in future interactions.

Sirohi will be its coordinator.

"We will have more such meetings. Jaitleyji told them that they should decide on the land bill.

“He said that the government's intention is very clear and it is with farmers.

“Government wants that farmers should get employment. It will take into account what farmers want," he said.

In its petition, Bhartiya Kisan Union termed the new land bill as a ‘joke’ on the years-long struggle of farmers and batted strongly for the 2013 land bill of the United Progressive Alliance.

The meeting with farmers' representatives happened a day after Prime Minister Narendra Modi said that amendments in the land acquisition bill in the interest of farmers, poor, village and nation will be accepted.

"Gaon, Garib, Kisan (village, poor and farmers): if the suggestions are favourable to these downtrodden groups and are in the interests of the nation, we will accept those suggestions," Modi said on Wednesday.

Taking it forward, Jaitley on Thursday discussed with farmers the provisions of the land bill and tried to convince them that the government has no intention to ignore their interests.

Sirohi said, there was a ‘misconception’ among farmers that the government was going to snatch their land through the new law, which the minister sought to put to rest.

He said that while farmers also had an apprehension that the government could hand over the land to corporates after incorporating it without consent clause for other purposes.

National Spokesperson of BKU, Rakesh Tikait said that the government should have more clarity on issues like land acquisition for industrial corridors and acquiring fertile land.

"We told the minister that land acquisition should not happen without the consent of farmers.

“Consent clause should be brought back," he said.

Tikait said in the petition that the amendments brought by the government in the land ordinance are ‘just for a show’.

Another farmer representative Mohini Ranjan Misra from Odisha said that Jaitley has talked to farmers with an open mind.

"We told him that there is a lot of confusion regarding the new land bill. There should be more clarity," he said.