A Chinese man and his wife are set to become the country's wealthiest couple after their pharmaceutical firm's initial public offering garnered the highest ever share price in China's history, propelling the value of their stake to $6.24 billion. 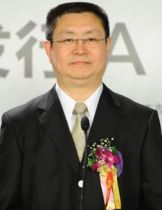 The share sale of Shenzhen Hepalink Pharmaceutical Co. Ltd., priced at 73 times its 2009 earnings, or 148 yuan ($21.67) per share, is the most expensive IPO price on record for a Chinese stock, official Xinhua news agency reported.

The company, which was set up 1998, produces heparin, a tissue extracted from intestines, lungs and livers of animals like pigs. It is used in open-heart surgery, dialysis and for patients confined to bed to prevent blood clotting.

Wang Chuanfu, chairman of battery and electric car manufacturer BYD, was crowned China's richest person on the Hurun Rich List in late 2009, with an estimated worth of 35 billion yuan ($5.12 billion).

Last year, China emerged second next only to the United States in the Forbes list of billionaires, with the number of Chinese on the wealthiest list increasing to 64 in 2009 from 28 in 2008.

According to the Forbes list, Chinas richest man is Zong Qinghou, who runs the multi-billion dollar soft drink firm Wahaha Group. He ranked 103rd on the Forbes list with an estimated wealth of around $7 billion. Not only did he nearly triple his wealth from $1.9 billion in 2008, he has also improved his standing in the wealthiest list from 376th earlier.