News
Business
Movies
Sports
Cricket
Get Ahead
Money Tips
Shopping
Sign in  |  Create a Rediffmail account
Rediff.com  » Business » 'My book will give clues about Sahara group to investigators' 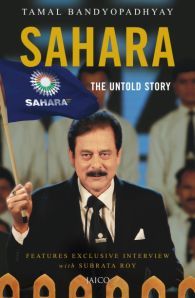 ‘As I was not ready to change or remove anything from the book, Sahara told us to carry a disclaimer which says the book at best can be treated as a perspective of the author with all its defamatory content, insinuations and other objections,' says journalist Tamal Bandyopadhyay, author of Sahara: The Untold Story. ‘The book can aid in the ongoing investigations against Sahara, as it contains confidential information including letters exchanged between regulators.’

In the midst of its bloody battles with the Supreme Court of India and Sebi, the Sahara group had got the Calcutta high court to issue a stay order on the publication of the book, Sahara: The Untold Story, by Tamal Bandyopadhyay (below, left).

The Lucknow-based conglomerate also filed a Rs 200 crore (Rs 2 billion) defamation suit against the author, who is a veteran journalist.

Four months later, the parties went for an out-of-court settlement following which the book will incorporate a disclaimer issued by Sahara which says, 'The book at best can be treated as a perspective of the author with all its defamatory content, insinuations and other objections, which prompted us to exercise our right to approach the court of law... By getting the opportunity to put forward our objections in the form of a disclaimer... in the best tradition of Sahara and our respect for a journalist’s freedom, we are... withdrawing the case we had filed against the publication of the book.'

Announcing that the book will be launched in May, Bandyopadhyay spoke to Rediff.com's Tinesh Bhasin about the the court case and the book.

What has changed in the original manuscript of your book following the court case?

In addition to the disclaimer, I have dropped two small paragraphs, which are about 70-80 words. A lengthy legal process was required to retain the two paragraphs, and it would also require disclosing my sources. We (the publisher Jaico and I) thought it was best to drop that small bit.

Did Sahara object to only the content of those two paragraphs?

Sahara has reservations on the entire book and that’s why the disclaimer.

Briefly tell us what the book is about.

First, I would like to clarify that the book is not an expose on Sahara. It gives a 360-degree views on the group and Subrata Roy.

book is about how Sahara played on two faces of the country. The India that has politicians, Bollywood stars, cricketers and other celebrities, and ‘Bharat’, which has the masses, the illiterate and the poor.

I have tried to answer questions on Sahara that many people have.

The book contains confidential exchanges between regulators that shows the power of Sahara, and the trouble and issues surrounding the group.

At the same time, I have also included the charity work Sahara does, its activities under corporate social responsibility, and Roy’s philanthropy work. 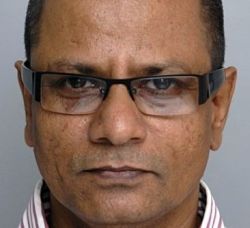 Do you think the ‘confidential’ information in the book can aid the ongoing investigations against the group?

The book does contain information that was not in the public domain and would give clues to investigator about the company which they can explore.

Have you managed to answer all the questions about Sahara, such as its source of funding and alleged political nexus?

I have tried to answer most of the questions that people generally have about Sahara. While I have tried my best, I couldn’t get answers to every question.

Sahara had filed a Rs 200 crore defamation case against you personally. How did you get them to the negotiating table?

On December 9, 2013, Sahara moved the trial court and the next day got an ex-parte stay on the book's publication. In the December 23 and January 7 hearings, the stay remained on the book.

In January this year we moved the case to the appellate court but a month later, the appeal court send the case back to the trial court.

We thought of moving the Supreme Court with a Special Leave Petition. But there were chances that the SC could send the case back to the trial court.

Both parties said then let’s do something together. I, however, insisted that I won’t change anything unless there are any factual errors.

Sahara, therefore, decided to include a disclaimer in the book and asked to drop few lines on the ‘torture chamber’ inside Sahara and ‘the muse’ of the Group chief Subrata Roy.

What motivated you to write a book on Sahara?

Everything about the group appears to be very secretive. As a journalist I was curious to get answers to the many questions that I and people at large have.

With a depositor base of three crore, about one in three Indians has a relationship with Sahara.
Rediff Correspondent in Mumbai
Related News: Sahara, Supreme Court of India, Roy, Tamal Bandyopadhyay, Special Leave Petition
SHARE THIS STORY
Print this article 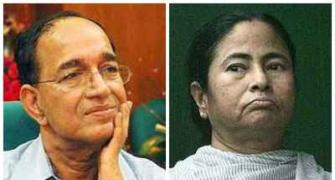 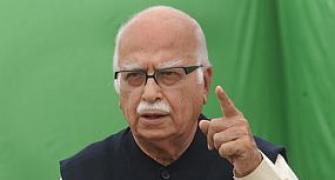 Compulsory voting should be introduced in India: Advani 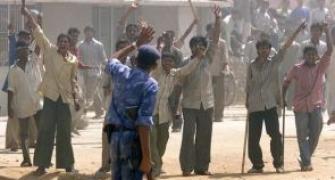 I was not silent on Gujarat riots, says Modi 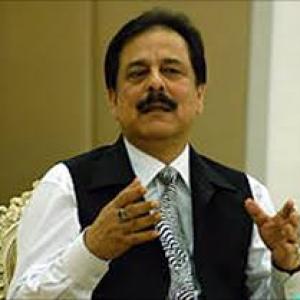