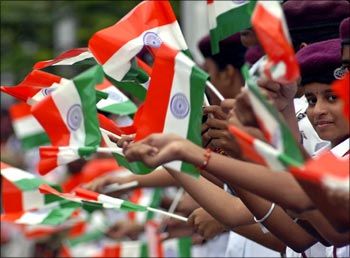 After being ranked last for consecutive two years, India has now moved up 1 position to 29th on protection and enforcement of intellectual property practices, a US Chamber of Commerce report said.

While the US tops the list of 30 countries, only Thailand is behind India. Surprisingly, Vietnam, Nigeria, South Africa, China and Russia are ranked above India in the third International IP Index released by the US Chamber of Commerce's Global Intellectual Property Centre (GIPC).

According to the report, India’s overall score has improved from previous editions with a score of 7.23, while the US which tops the list has a score of 28.53.

The report also appreciates steps taken by the Narendra Modi Government in addressing the concerns of international community with regard to intellectual property rights.

"India’s performance signals measurable and sustainable progression. While still posing significant challenges to rights holders across the board; India has improved its score and performance," the report said.

Additionally, the formation of a high-level IP working group as part of the Trade Policy Forum has the potential to elicit measurable and sustainable changes to India’s IP system, the report said.

It also raised concerns it has with India on a number of intellectual property (IP) issues.

"India’s patentability requirements remain outside established international best practices; there is a lack of specific IP rights for the life sciences sector," the report said, adding that a challenging enforcement environment, with corresponding high levels of physical and online piracy, persists in India.

"India is not a contracting party to any of the international treaties included in the GIPC Index, nor has India concluded an FTA with substantial IP provisions since acceding to the TRIPS Agreement," the report said.

Three major US companies — Boeing, Abbott and Honeywell — in May last year had, however, supported India’s IPR regime.

Aviation major Boeing had said India had a strong legal framework to protect such rights. Pharma company Abbott had stated that it was "not currently facing any significant challenges with respect to intellectual property protection in India".

India too has consistently maintained that its IPR regime is in compliant with global rules. The report titled 'UP: Unlimited Potential said 20 out of 30 economies examined improved their scores from last year.

"Twenty nations improved their score in the 2015 IP index, showing that leaders in both developing and developed economies increasingly recognise the connection between effective intellectual property protection and achieving their greatest economic potential," said GIPC President and CEO.

The 30 economies ranked in the index, represents 80 percent of the world’s gross domestic product (GDP).

The index is based on 30 measurable criteria critical to innovation, including, patent, copyright and trademark protections, enforcement and engagement in international treaties.