Inflation picks up in Feb but RBI seen cutting rates

India's headline inflation picked up in February on higher fuel costs but another measure of price pressures cooled, reinforcing expectations that the RBI will deliver a rate cut next week.

The wholesale price index, the main inflation indicator, rose an annual 6.84 per cent in February, higher than the 6.54 per cent rise estimated by analysts.

But non-food manufacturing inflation, which the RBI uses to gauge demand-driven price pressures, slowed to 3.8 per cent in February from 4.1 per cent a month ago.

"Though the headline number is still high, the break-up (detail) shows that inflation will continue to ease going ahead and along with the government's fiscal consolidation efforts, there is even more reason to expect RBI to cut rates in March and for some more time going ahead," said Rahul Bajoria, regional economist at Barclays Capital.

The annual reading for December was revised up to 7.31 per cent from 7.18 per cent, the government said in a release on Thursday.

Expectations of a rate cut at the Reserve Bank of India's policy review on March 19 were further bolstered by Governor Duvvuri Subbarao's comments overnight that the 2013/14 federal budget unveiled last month will have a "softening impact" on price growth.

Bond traders read Subbarao's comments as an endorsement of the government's efforts to reduce its fiscal deficit, which he has previously said is a necessary condition to bring down borrowing costs.

The central bank, which has faced intense pressure from industry and government to loosen monetary conditions to help arrest the worst economic slowdown in a decade, cut its key lending rate by 25 basis points to 7.75 per cent in January after leaving rates on hold for nine months.

While the bank is widely expected to cut the interest rate by another 25 basis points at its upcoming policy review on March 19, inflationary risks stemming from high food prices have tempered expectations for any aggressive monetary easing.

Higher prices of food items pushed up consumer price inflation to 10.91 per cent in February from 10.79 per cent a month ago, government data on Tuesday showed.

Slowing economic growth is equally a major worry for the Congress-led coalition government as it gears up for a general election due by May 2014.

Not only is the slowdown limiting employment opportunities for India's burgeoning population, it is also making it tougher for Prime Minister Manmohan Singh to fund his flagship welfare programmes.

Gross domestic product increased 4.5 per cent in the quarter to end-December and is on track to post its slowest gain in a decade at around 5 per cent for the fiscal year that ends in March.

© Copyright 2021 Reuters Limited. All rights reserved. Republication or redistribution of Reuters content, including by framing or similar means, is expressly prohibited without the prior written consent of Reuters. Reuters shall not be liable for any errors or delays in the content, or for any actions taken in reliance thereon.
Related News: RBI, Duvvuri Subbarao, Rajesh Kumar Singh, Rahul Bajoria, Manmohan Singh
Print this article 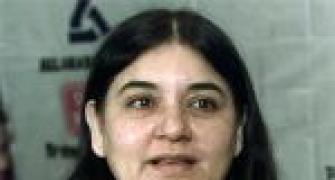 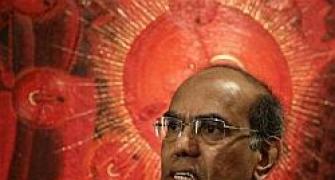 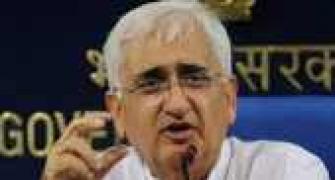 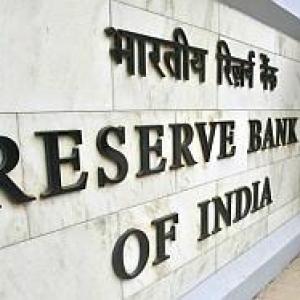 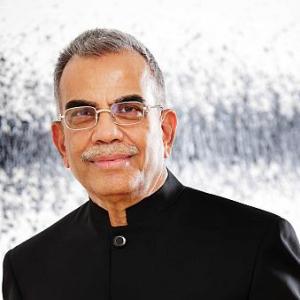