Going ahead, the likely implementation of the goods and services tax bill in July and how the monsoons play out will have a bearing on India's demand for gold and gold jewellery 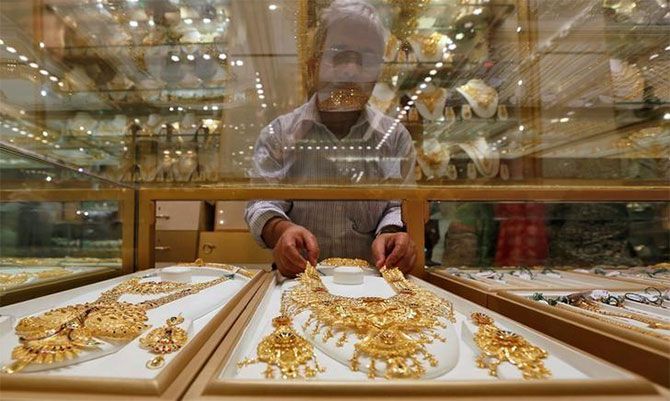 It was the third such instance in a decade where the total demand was less than 100 tonnes.

The rise also pushed the world gold jewellery demand higher in the recently concluded quarter, which was up by 1 per cent at 480.9 tonnes.

The overall consumer demand for gold in Indian during the March 2017 quarter stood at 123.5 tonnes, a 15 per cent rise as compared to the previous corresponding period.

WGC attributes spurt to the government's remonetisation efforts. By March-end, nearly 85% of the value of currency removed from circulation under demonetisation had been returned.

That apart, the Reserve Bank of India (RBI) also eased temporary restrictions on withdrawal from bank accounts, aiding cash dependent rural demand in particular. Although the effects of the policy lingered, rural spending partially recovered as cash was injected back into the system.

Going ahead, the likely implementation of the goods and services tax bill in July and how the monsoons play out will have a bearing on India's demand for gold and gold jewellery, WGC feels.

"Given the likely GST implementation, we have maintained the full year forecast at 650 - 750 tonnes. We see the 15 per cent growth in the first quarter as a signal more than a milestone.

We feel that the demand factors are robust and will come back over the longer period. The second half of CY17 will see the biggest tax reform in terms of GST. We also need to monitor the progress of monsoon. That apart, price is another factor that needs to be watched," says Somasundaram PR, managing director, India at the World Gold Council.

"The Indian demand, typically is around 800 - 900 tonnes per annum. The shortfall, if any in the next one - two years on account of GST implementation, is likely to be made up in the subsequent years," he adds. 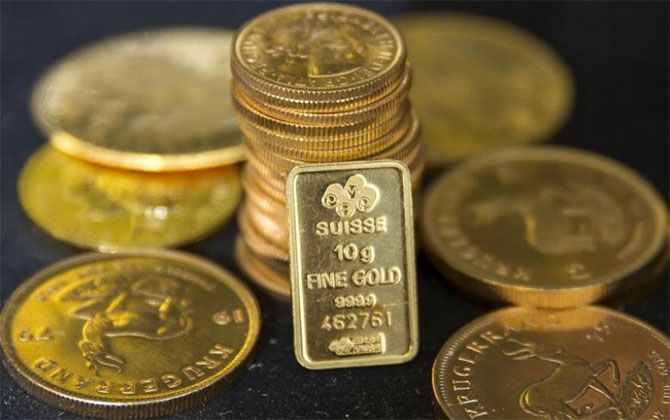 India's bar and coin demand inched up during the March 2017 quarter, but remains at historically low levels. At 31.2 tonnes in Q1, the bar and coin demand moved up 3.8 tonnes compared to the last year's level, but is just half its five-year quarterly average.

"This belies the modest improvement in the market following the sharp liquidity squeeze caused by demonetisation in November. Economic activity almost ground to a halt at the end of 2016 as cash was pulled from the economy - currency in circulation fell 50 per cent from November 11 to January 6," the WGC report says.

Gold price, on the other hand, held mixed fortunes for Indian jewellery consumers during Q1, according to the WGC.

"Rupee strength meant the domestic price rose by 3 per cent, compared with a 9% rise in the LBMA price. The local price rose steeply in the opening weeks of 2017 before a sharp appreciation of the rupee in February and March," the WGC report says.

Continuing the trend from the second half of 2016, European investors accounted for the bulk of investment in the sector in Q1 with inflows into European listed products were 92.4 tonnes, compared with just 14.1 tonnes added to holdings of US-listed products.