FTIL prepares to challenge the order in the Bombay high court 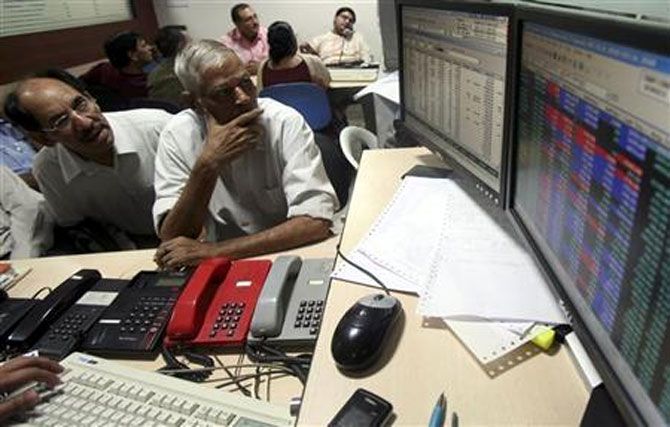 The Union Ministry of Corporate Affairs (MCA) on Friday ordered the amalgamation of the crisis-hit National Spot Exchange (NSEL) with its cash-rich parent Financial Technologies (FTIL) to enable early settlement for the victims of a Rs 5,574-crore (Rs 55.74 billion) payment crisis.

The unprecedented move, which has been subject of heated debate and court proceedings, was welcomed by affected investors of NSEL and slammed by FTIL management. While NSEL investors hope that cash reserves of FTIL would brighten their chances for an early settlement, the order might be challenged in court.

“In exercise of powers conferred by subsections (1) and (2) of section 396 of the Companies Act, 1956, the Centre government hereby makes the following order to make the said two companies into a single company, namely Financial Technologies (India) Ltd,” the MCA said in a detailed order.

The ministry had passed a draft merger order in October 2014 after receiving a recommendation from the then commodity markets regulator Forward Markets Commission. In April 2015, MCA had issued a gazette notification, which said chartered accountants Lodha & co, who were the independent valuers for the transaction had arrived at a swap ratio of 3:8 for the transaction.

Accordingly, National Agricultural Cooperative Marketing Federation of India (NAFED), the only minority shareholder with 100 NSEL shares, would get 38 FTIL shares. The remaining 44.99 million shares held by FTIL and five shares held by the five nominees would be extinguished at the end of the merger.

FTIL shares fell about 4.36 per cent to close at Rs 90 a piece on Friday on the BSE. It is valued at about Rs 415 crore (Rs 4.15 billion) at this price. FTIL, which had free reserves of around Rs 1,000 crore (Rs 10 billion), has been divesting stakes in several overseas and domestic assets.

After detailed considerations of thousands of representations from various stakeholders including NSEL investors, public shareholders and management of FTIL and court proceedings that stretched for nearly 17 months, the government said it was “satisfied” that the merger of the two companies was “essential in the public interest” for “leveraging the combined assets, capital and reserves, achieve economy of scale” and “gainful settlement of rights of stakeholders and creditors.”

As per the directions of the Bombay high court, the MCA order will not be notified immediately allowing FTIL to challenge it. A suit questioning the constitutional validity of Section 396, already pending before the HC, is scheduled to come up for hearing next week.

The move could also act as a trigger for other proceedings such as board supersession proceedings which is being considered by Company Law Board. In a status update on Thursday, the finance ministry headed panel had directed MCA to follow up the merger order with the following: “Besides, as directed by the Madras high court, the Company Law Board may be moved to decide the case relating to FTIL by 11.03.2016. MoCA has decided to file an SLP in the Supreme Court against the decision of Madras High Court. They were requested to expedite the same.”

FTIL, which called the decision a travesty of justice, said it “will challenge the merger order before the High Court at the earliest, and is confident that justice will be done.”

Prashant Desai, managing director, FTIL said, “Pursuant to the Bombay high court’s Order, FTIL had represented its case in the hearing given by the MCA in October 2015 putting forth all its objections to the Draft Merger Order. The way the hearing went and the way thousands of shareholders, employees and creditors had objected to the proposed merger, we were hopeful that the MCA will take an objective view of the matter and withdraw the Draft Merger Order. Hence, the passing of the Merger Order today - while matters are sub-judice - is highly disappointing.”

FTIL statement referred to a circular by MCA dated April 20, 2011, for compulsory merger of government companies under Section 396 of the Companies Act, 1956. FTIL said that this circular required that the companies concerned and an overwhelming majority of their shareholders and creditors must be consenting to the merger.

“Thus, this order on a sub-judice matter not only breaches the concept of limited liability but also the constitutional rights of the 63,000 shareholders of FTIL,” the statement added.

Investor group NSEL Aggrieved and Recovery Association (NAARA) in a statement said, “We shall remain grateful to the Ministry and the Government for the passing the order, and all other authorities, forums that have empathised with the cause of aggrieved investors.”

NAARA called it a “historic moment” for the investor community “wherein the message is sent out loud and clear to corporates indulging in fraud that they cannot hide behind a cloak of limited liability.”

NAARA added: “Most importantly, it gives confidence to investors that Exchanges, which are institutions of implicit trust, cannot be forced to fail by acts of fraud. The public interest prevails over every other contention.”

Arun Jaitley: While the UPA government had triggered the fall of Shah’s empire, the merger order, seen as a severe blow to the group’s fortunes, came under Jaitley’s regime. Despite several legal hurdles, the finance & corporate affairs minister ensured the passing of the final order

Jignesh Shah: Founder of both the firms. He appeared close to achieving his ambition of creating a global financial infrastructure powerhouse before NSEL got into trouble. Merger order could weaken his position in several other cases, proceedings before regulators and enforcement agencies

Ramesh Abhishek: Named DIPP Secretary recently. As erstwhile chairman of Forward Markets Commission, he originated the merger proposal by recommending it to MCA in August 2014. Under him, FMC had also declared FTIL and Shah not “fit and proper”