India's development plans, requiring 11 million hectares of land over the next 15 years, is likely to stoke tensions 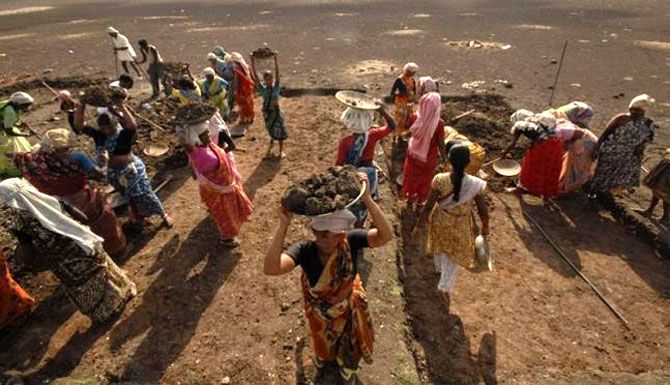 India's ambitious plans to develop infrastructure, mining and renewable energy threaten to force more of the most marginalised groups from their homes, widening inequality and fanning tensions, a global research group warned on Thursday.

Development activities uproot about 15 million people in their own countries every year, with India accounting for some of the highest numbers of those displaced, the Geneva-based Internal Displacement Monitoring Centre (IDMC) said in a report.

About 65 million people were displaced in India by dams, highways, mines, power plants and airports between 1950 and 2005, the IDMC said, but less than a fifth of those have been resettled, leading to protests, hunger strikes and conflict.

India's development plans, requiring 11 million hectares of land over the next 15 years, is likely to stoke tensions, IDMC cautioned.

"Development is set to continue causing displacement, and on an unprecedented scale," said IDMC, which is part of the Norwegian Refugee Council.

"Displacement caused by development projects tends to affect the poorest and most marginalised groups, and – paradoxically – makes inequality worse rather than better. It also causes tensions that in some cases have fuelled violent conflict."

Displaced people suffer from poor access to adequate housing, land, food, water and livelihoods, and are often restricted in their movements.

India's land acquisition process lacks transparency, with fair compensation, resettlement and rehabilitation "the exception rather than the rule", IDMC said.

A survey of nine projects in the states of Gujarat, Kerala and Jharkhand, as well as the national capital region of Delhi, revealed failed regulation and harm to communities, it said.

A law to compensate farmers adequately for land bought for industry and infrastructure was passed in 2013, replacing a law dating back to the 19th century, which activists say displaced and impoverished millions.

The new law is unlikely to be enforced evenly, as implementing the new federal provisions would require major changes to state laws which govern land acquisition, activists say.

But a senior government official said he was confident the law would address all concerns.

"The legislation is comprehensive and more than fair," Hukum Singh Meena, a joint secretary at the ministry of rural development in New Delhi, told the Thomson Reuters Foundation.

"We shall see that the law is rigorously applied and enforced," he said.

© Copyright 2021 Reuters Limited. All rights reserved. Republication or redistribution of Reuters content, including by framing or similar means, is expressly prohibited without the prior written consent of Reuters. Reuters shall not be liable for any errors or delays in the content, or for any actions taken in reliance thereon.
Related News: IDMC, Thomson Reuters, India, Hukum Singh Meena, Norwegian Refugee Council
Print this article 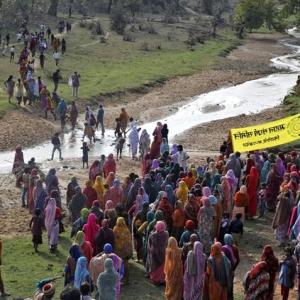