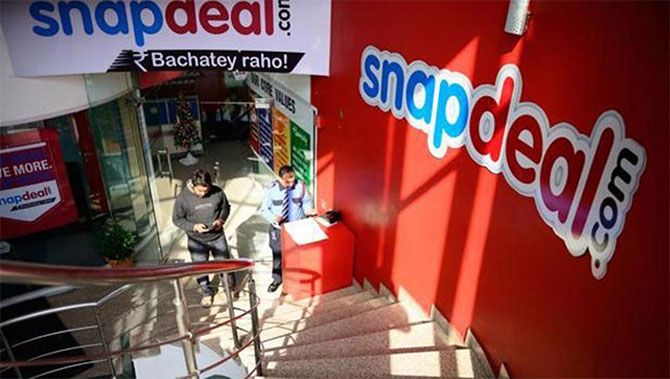 In a case of mistaken identity, many people downgraded and uninstalled the mobile application of e-commerce platform 'Snapdeal' instead of social networking app 'Snapchat' to mark their protest against certain unverified comments of Snapchat CEO about the Indian market.

The social media was today abuzz with criticism against Snapchat CEO Evan Spiegel after a report quoted one of the company's former employees as saying that the top executive told him that the "app is only for rich people" and that he (CEO) was not interested in expanding the business to "poor countries" like India and Spain.

"Dear CEO of Snapchat...Why don't you come to India and check out Indians' phones," wrote a user in review of Snapchat's app. Many also went on to highlight that CEOs of top tech firms like Microsoft and Google are Indians.

"Time to balance the ratings...Guys its Snapchat's CEO who said bad things. You are making Snapdeal pay that...Please change your ratings," wrote one of them.

Snapdeal, which has been in news for a potential sell out to larger rival Flipkart, has faced a similar downgrade in 2015 when its then-brand ambassador Aamir Khan made a comment on growing 'intolerance in the country.