Monsanto has taken the government to court over the royalty. US seed company Monsanto is welcome to leave India if it does not want to lower prices of genetically modified cotton seeds as directed by the government, a minister said on Wednesday, in a sign the rift between New Delhi and the firm is widening.

New technologies are critical to lifting India's poor farm productivity, although even if India did develop a home-grown GM cotton variety in 2017, it would struggle to sustain a programme that needs to refresh seeds every decade or so, experts warned.

The introduction of Monsanto's GM cotton seeds in 2002 helped turn India into the biggest producer of the fibre, while other crops like pulses continue to suffer as transgenic food is banned and local research has stalled.

Despite the gains GM cotton brought for more than 7 million cotton farmers in India, some of them and their associations, including one affiliated to Modi's ruling party that promotes self-reliance, have complained Monsanto overprices its products.

Under pressure to mollify farmers hit by three straight crop failures due to bad weather, Modi's government has imposed a cut of around 70 percent in royalties that local firms pay Monsanto for its cotton technology.

India's anti-trust regulator is also investigating whether the company misused its near-monopoly to jack up rates. A Monsanto joint venture with a local company says it is confident the allegations will be proved groundless.

Monsanto has taken the government to court over the royalty.

It said in a statement this month it would have to reevaluate its India business, because it was difficult to bring in new technologies in an "environment where such arbitrary and innovation-stifling government interventions make it impossible to recoup research and development investments..."

But Sanjeev Kumar Balyan, the junior agriculture minister, told Reuters the government was trying to rectify what he called past mistakes that allowed a foreign company to dictate seed prices and stifled local crop research.

"It's now upon Monsanto to decide whether they want to accept this rate or not," Balyan said.

"If they don't find it feasible, then they are free to take a call. The greed (of charging) a premium has to end.

"We're not scared if Monsanto leaves the country, because our team of scientists are working to develop (an) indigenous variety of (GM) seeds," he said.

A Monsanto spokesman declined to comment beyond the statement, but analysts said it was unlikely to withdraw from India lightly given the huge size of the market and its strategic importance now that China has bid to snap up the company's biggest rival, Syngenta, for $43 billion.

Monsanto India is the firm's only listed unit outside its home base, and it has been selling seeds and herbicide in the country for more than four decades.

Globally the company has cut its earnings forecast as seed prices fall amid lower farm spending, and any climb-down in India could lead to demands for price cuts in other markets.

Monsanto warned in January that its international GM traits businesses could face unpredictable regulatory environments that may be highly politicized.

"The decision of the government to override contracts signed by private entities sends a negative signal when the prime minister is going around the world seeking private investment," said Ashok Gulati, an agricultural economist who formerly advised the government.

He said that although India might be able to develop its own GM cotton seeds based on Monsanto's current Bollgard II technology, their efficacy will drop sharply in 4-5 years as pests they are meant to kill become resistant.

"What will we do then? Invite Monsanto again?" he asked, adding that developing new technology would require expensive and extensive research.

Monsanto has said that heightened regulation by India went against the government's own policies to promote innovation and improve ease of doing business, and that it was important for the country to ensure sanctity of contracts and recognise intellectual property rights.

The emphasis on home-grown technology could be good news for a GM mustard variety developed by Indian scientists and being considered by the government.

A committee of government and independent experts will have their fifth meeting this year in April to evaluate trial results on what could be India's first lab-altered food crop.

Monsanto is also developing GM corn varieties to be sold in India if allowed, which analysts cite as another reason pulling out would be difficult.

"India is too huge a seed market for anyone to leave (of) one's own choice," said Ajay Vir Jakhar, chairman of the Farmers' Forum India.

© Copyright 2021 Reuters Limited. All rights reserved. Republication or redistribution of Reuters content, including by framing or similar means, is expressly prohibited without the prior written consent of Reuters. Reuters shall not be liable for any errors or delays in the content, or for any actions taken in reliance thereon.
Related News: Monsanto India, GM, Narendra Modi, Sanjeev Kumar Balyan, Farmers ' Forum India
SHARE THIS STORY
Print this article 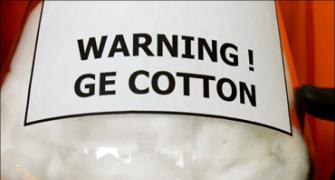 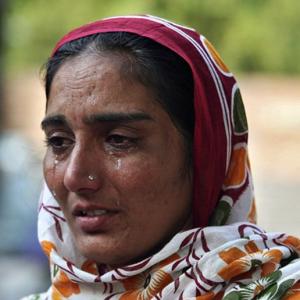