News
Business
Movies
Sports
Cricket
Get Ahead
Money Tips
Shopping
Sign in  |  Create a Rediffmail account
Rediff.com  » Business » India may not get to play a major role in reconstruction of Ukraine

Reconstruction efforts after the Russia-Ukraine war will be dominated by the heft of the membership of major nations across international organisations. India is hamstrung because it does not play host to any major global institution nor does it hold positions of significant influence in the ones in which it has membership.

As a result, the world’s sixth largest economy is obliged to follow the rules set by most of them.

“India has not been in senior secretariat positions in any of the major global institutions,” said Ashok Sajjanhar, former ambassador to Kazakhstan, Latvia and Sweden.

India, for instance, is keen to secure the chairmanship of the Heads of State Council of the Shanghai Cooperation Organisation (SCO).

Analysts compare the role of SCO with that of NATO in Europe.

Before that, however, there are other prizes, such as India’s chairmanship of the G20 at the end of this year.

Also at stake are dominant roles in organisations such as the Asian Infrastructure Investment Bank and the New Development Bank, recasting relations in bodies like the International Monetary Fund (IMF) and more.

The weaponisation of the global financial system to target countries, Indian bureaucrats feel, make it essential that New Delhi sits in positions of authority at the rule-making bodies that will decide on their future use.

For various reasons India has a modest presence in the multilateral organisations.

Consequently, as of now, I don’t see much space for India except as a token presence in them, in the reconstruction phase, said Ajay Shankar, former secretary, Department of Industrial Policy and Promotion, and now distinguished fellow at Delhi-based think tank, The Energy and Resources Institute (TERI).

But influential participation in multilateral organisations is becoming more important for major nations as globalisation as a value goes into retreat.

Global reconstruction after World War II was dominated by the then newly created international organisations, including not only the United Nations and its family of institutions, but also the IMF and the World Bank.

How these institutions approached development was guided by which nations held pole positions in each set-up. Voting rights, for instance, became important in this context.

Global power play will become more intense once the scale of the destruction in the Russia-Ukraine conflict becomes clear.

As of now, Ukraine is bearing the brunt of the physical destruction, but Russia has begun to suffer from the effects of the punishing regime of sanctions.

As refugees from Ukraine crowd into neighbouring nations, the impact on host economies will start showing.

There are estimates that nearly 4 million could flee Ukraine.

The dislocation adds to the impact Covid-19 has had on the global economy.

The cost of getting the economies back on the path of growth was just being totted up when this war arrived.

It is also difficult to estimate in what shape Russia will emerge after the conflict.

As those connections will certainly fray, other nations will race to grab the new opportunities.

The only checks to the race will be the ones coming from the multilateral organisations.

Sajjanhar pointed out that India’s strategy has been to develop deep partnerships with a number of countries to gain positions at the high table.

But this may no longer be a viable option given the emergence of multilateral institutions as places of reckoning in the global power play.

The creation of the Quadrilateral Security Dialogue (the Quad), in which India is a significant member, and Aukus, the trilateral security pact between Australia, the UK and the US, are two recent examples.

At the IMF, India has already pitched for conflating the issue of Special Drawing Rights with enhanced voting rights.

The dispute has led to stiff arguments among the member nations.

India argues that just as nations that need more support from the IMF to recover from Covid-19 by getting more SDR (which substitutes for scarce foreign exchange reserves for them), those nations that provide the support should also get larger voting rights.

There have been other institutions where India is learning the costs of not being in the green room.

For instance, India has been out of the rule-making group of the United Nations Convention on the Law of the Sea (UNCLOS), an international organisation that sets rules for marine and maritime activities by all nations. Pakistan is in this green room at a time when India plans to expand its reach in the blue economy.

Of more concern is UNCLOS’ decisions in the contested Bay of Bengal, where Chinese ships have made regular forays of late.

Apart from G20, India is a keen supporter of a new G10, replacing the current combination of the Organisation for Economic Co-operation and Development (OECD) countries which operate under this moniker. It will be a tough diplomatic call, but then the stakes are likely to be equally big in the post-war landscape. 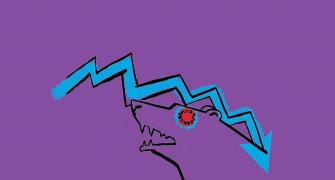 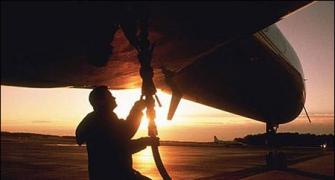 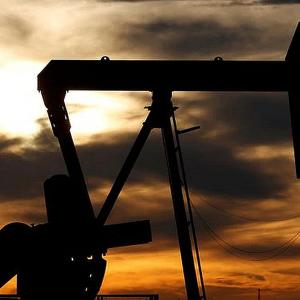