The bulk of the incremental profits will come from oil & gas and automobile sectors. 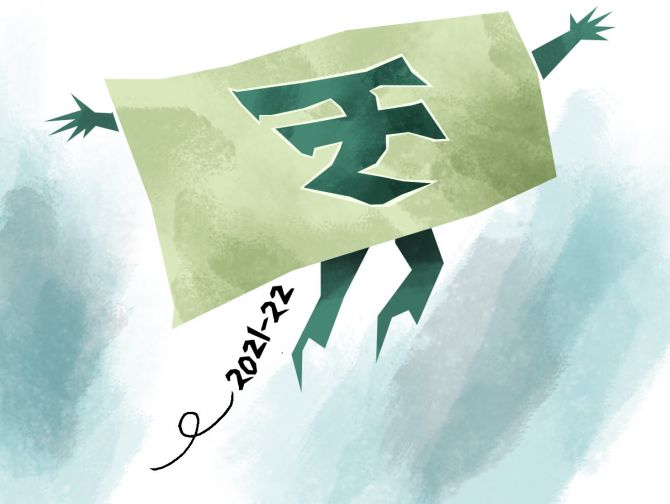 The ratio in FY20 was the lowest in two decades, at just 1.8 per cent.

The long-term average of profit-to-GDP is about 4.4 per cent.

The mean revision premised on the sharp recovery in corporate earnings for the next two financial years.

CAGR is compound annual growth rate, a measure of the average yearly growth, typically for a long period.

The brokerage believes the bulk of the incremental profits will come from sectors banks followed by oil & gas and automobiles due to “normalisation of depressed earnings”.

“Sustainable trajectory of profit-to-GDP will depend on how the demand environment pans out.

"Encouragingly, aggregate demand will get a boost from a classical ‘countercyclical fiscal policy’ unveiled in the Union Budget 2022, with a focus on capital outlay, which has a higher multiplier effect (3.6x) on demand and a longer impact (4-5 years).

"Progressive reforms done in the recent past and in the Budget will create an enabling environment for growth,” says ICICI Securities strategists Vinod Karki and Siddharth Gupta in a note.

Another key factor that may boost the profit-to-GDP ratio is the narrowing of loss poll of India Inc. In FY18, the loss poll — cumulative loss of listed companies — had ballooned to 1.8 per cent of GDP, most in two decades.

Despite the hit due to the pandemic, the loss poll as a percentage of GDP is forecasted to fall to 0.7 per cent this financial year.

This is supported by a reduction in losses at telecom, industrials, and state-owned banks.

Further, the Centre’s move in 2019 to cut base corporate tax from 30 per cent to 22 per cent, too, will lead to an improvement in the profit-to-GDP ratio.