Currently, India recycles around 300 of the 1,000 ships which are demolished per annum globally.

However, countries like Japan, Europe and the US were not sending their ships for recycling to India in the absence of ratification of a global convention.

That scenario is set to change with the Recycling of Ships Act, 2019. 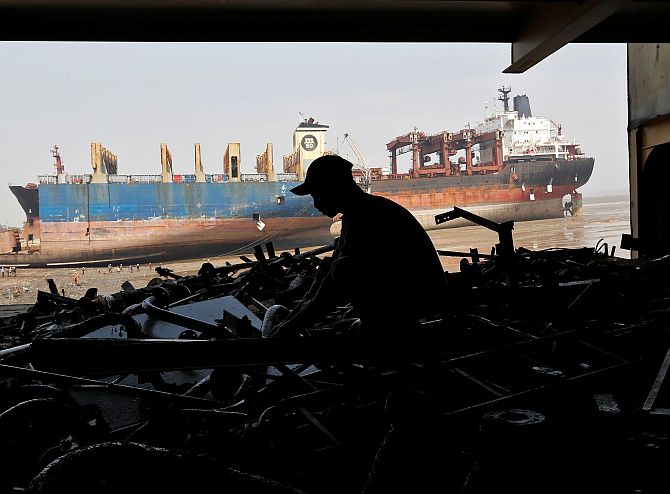 With a new legislation in place, India eyes to garner at least 60 per cent of the global ship recycling business and emerge as a key destination for recycling warships and other ships, according to Union Minister Mansukh Lal Mandaviya.

Holding the independent charge of the shipping ministry, he also exuded confidence that contribution from ship recycling activities to the country's GDP would reach $2.2 billion, almost double compared to the current level.

According to Mandaviya, Gujarat's Alang, the world's biggest shipyard, is ready to cater to projected increase in the number of ships for recycling.

Currently, India recycles around 300 of the 1,000 ships which are demolished per annum globally.

However, countries like Japan, Europe and the US were not sending their ships for recycling to India in the absence of ratification of a global convention.

That scenario is set to change with the Recycling of Ships Act, 2019.

The Act ratifies the Hong Kong convention and facilitating environment friendly recycling process of ships and adequate safety of the yard workers.

"The US and other countries do not send their ships to India for recycling but now that we have ratified the Hong Kong conventions, we expect the numbers to swell," the minister told PTI in an interview.

"India, Bangladesh, China and Pakistan account for recycling about 90 per cent of the global ships.

“India's share at present stands at 30 per cent or 70 lakh gross tonnage of ships per annum which is bound to go to at least 60 per cent given 95 of the 131 plots at Alang (are) developing these as per Hong Kong conventions, paving way for ships from Europe, Japan, US and other countries to be recycled here," he noted.

Further, the minister said there are 53,000 merchant ships globally and out of them, 1,000 are recycled annually.

Once more ships will start coming to India for demolition, the ship recycling's contribution to the GDP will grow to $2.2 billion from present $1.3 billion.

Terming the Act as "a hallmark moment in the Indian maritime history", Mandaviya said it is part of ongoing major reforms and Prime Minister Narendra Modi government's commitment towards making India a $5 trillion economy.

The Act is expected to raise the brand value of ship recycling yards located at Alang in Gujarat, Mumbai Port, Kolkata Port and Azhikkal in Kerela and will also enhance availability of steel.

"Ten per cent of country's secondary steel needs, as an outcome of Recycling of Ships Act, will be met in an eco-friendly manner," the minister said, adding that direct jobs from recycling sector were likely to double to around 90,000.

On the other hand, countries like Philippines with just 2 per cent of the world's population has grabbed 20 per cent global share.

Consistent efforts have resulted in growth of about 45 per cent in the number of Indian seafarers employed in foreign vessels, according to a Shipping Ministry official, who also said the number has risen from 1.43 lakh in 2016 to 2.08 lakh in 2018.

Further, the official said the government is taking measures to improve operational efficiency of ports and under the National Perspective Plan for Sagarmala, six new mega ports will be developed.

This will be in addition to complete overhaul of the existing 12 and 200 non-major ports in the country through the length of its 7,500-kilometre coastline.

Cargo volume handled by the country's top 12 ports rose marginally to 463.07 million tonnes during the April-November 2019.

These major ports handle about 60 per cent of the country's total cargo traffic.

Namita Tewari in New Delhi
Source: PTI© Copyright 2022 PTI. All rights reserved. Republication or redistribution of PTI content, including by framing or similar means, is expressly prohibited without the prior written consent.
Print this article 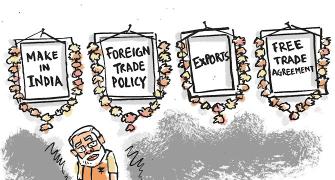 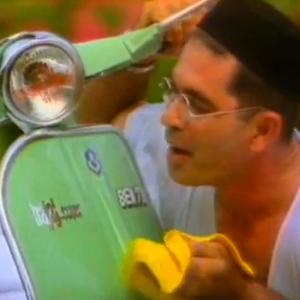