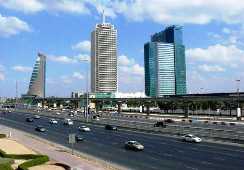 India has emerged as Dubai's top trading partner, achieving total trade of over $10 billion during the quarter ended March.

India also emerged as Dubai's top exporting and re-exporting country at $5.7 billion and came second in terms of imports at $5.17 billion, following China at $6.94 billion.

The US came in third place at $4.35 billion, according to the latest statistics released by Dubai Customs.

Unwrought, worked and semi-manufactured gold topped the list of Dubai's imports with $6.9 billion from January to March 2012, followed by diamonds at $3.78 billion and jewellery and precious metals at $3.1 billion.

Gold was the number one product to be exported from Dubai during the said period at $5.06 billion, followed by jewellery and precious metals and non-crude oil.

"The continued growth of Dubai's foreign trade has mainly resulted in the development of modern customs systems that ensures offering a wide range of high quality services to the private sector and shipping and logistics companies," he said.