Projects include steel plant & railway line; Modi’s visit first by a PM to the tribal belt in 30 yrs 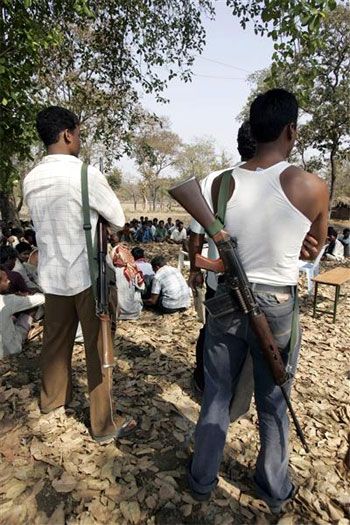 During his short visit to the Naxal hotbed of Dantewada, the first by a prime minister to the mineral-rich tribal belt of Chhattisgarh in about 30 years, Prime Minister Narendra Modi on Saturday initiated welfare projects worth about Rs 25,000 crore (Rs 250 billion). These include projects to set up a major steel plant as well as a railway line.

Modi said while the railway line would connect the region with the rest of India, help send iron ore out and get steel from outside, this practice had to stop. “We will make steel from iron ore (here),” the PM said at an event. At the event, also attended by Chhattisgarh Chief Minister Raman Singh, four memorandums of understanding (MoUs) were signed.

The PM’s stopover at Dantewada, the first by a prime minister since the visit of Rajiv Gandhi in 1985, took place under intense security, with reports from Dantewada claiming about a dozen layers of security had been arranged for Modi’s visit.

Meanwhile, the district administration alleged Naxals had held hundreds of people hostage and disallowed them from continuing with a road construction project. In the past few years, the region has witnessed several attacks by Naxals on security forces, including one in April 2010, when 76 paramilitary personnel were killed.

In his speech on Saturday, Modi held out hope for the people of the region, asking them to look at Punjab and Naxalbari, the birthplace of naxalism in Bengal, which were once wrecked by violence but were now at peace. He asked them not to be disheartened by the violence, adding when the macabre reign of death ended, Chhattisgarh would become the top state in India in terms of economic development. “Only a plough on the shoulder can bring a solution, not a gun,” the PM said.

During Modi’s visit, four MoUs, totalling an investment of Rs 24,826 crore, were signed. The Chhattisgarh government, the National Mineral Development Corporation (NMDC), Steel Authority of India Ltd (SAIL) and IRCON signed an agreement to set up a 140-km railway line between Rowghat and Jagdalpur, at an estimated cost of Rs 2,000 crore (Rs 20 billion).

During his visit, Modi visited a state government-run ‘Saksham’ institute for differently-abled children, victims of the conflict between Naxals and security forces. He also paid a visit to a livelihood college, where he interacted with students and urged them to take up sports.

“Even if you ask a farmer what his priority is, he will say a job for his child,” Modi said, an apparent dig at the Congress for opposing his development agenda, particularly his government’s proposed amendments to the land acquisition Act of 2013.

The PM said some parties wanted to keep people in poverty and were spreading misinformation about his government’s work. “Parents also want their children not to move miles away for jobs and such projects (the MoUs signed on Saturday) will help in fulfilling their wishes,” he said. He added since his visit to the area during the Lok Sabha election campaign, his government had changed the national discourse from one dominated by news of scams.

Modi called upon Naxals to shun guns for five days and spend the time with children affected by the violence. This, he said, would change their hearts.

According to the district administration, rebels abducted a large number of villagers in Sukma district. Raman Singh said 250 villagers in Tongpal block had been abducted by Naxals. Late on Saturday, all the 250 villagers were released, while an employee of the construction firm engaged in a  road project was killed.

The villagers were abducted on Friday night for allegedly supporting a road construction project in the area. According to a report, the villagers abducted were on their way to attend the PM’s speech. 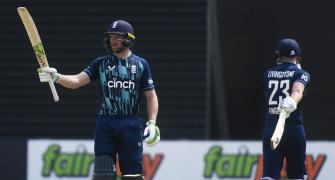