Processes are at an advanced stage for a number of assets of the Centre and central public sector enterprises (CPSEs) to be monetised. The assets include office space, apartments, factories, land, power transmission assets, sports stadia, gas pipelines, and telecom assets. With the privatisation of a number of marquee State-owned companies unlikely to be completed this fiscal year, the central government has turned to asset monetisation to come close to the ambitious 2019-20 divestment target of Rs 1.05 trillion.

Business Standard has learnt from sources in the government as well as asset reconstruction companies that processes are at an advanced stage for a number of assets of the Centre and central public sector enterprises (CPSEs) to be monetised.

“A lot of departments and CPSEs have been mobilised to speed up asset monetisation,” said a senior government official.

A source in a major asset reconstruction company, which is working with the government, said assets worth around Rs 1 trillion could be monetised before March 31 this year.

“These asset sales are very easy to carry out because they are operating assets, and there is a lot of interest for them. The risk is minimal,” the person said.

However, the government official quoted above said it was difficult to set a target for asset monetisation.

“In the case of CPSE assets, the proceeds of any sale would go to the company concerned. The company will then pay dividend to the government. If it is a loss-making company, then in accordance with the Companies Act, it cannot pay dividend. Hence we cannot put a number to asset monetisation easily, compared to sale of stake on exchanges or privatisation,” the official said.

There are two distinct strands to the Centre’s asset monetisation plans.

One is being led by the NITI Aayog and includes monetising five-six centrally-owned stadiums (including the iconic Jawaharlal Nehru Stadium), power transmission assets, gas pipelines of GAIL, telecom assets of BSNL and MTNL, as well as heritage rail operations like in Darjeeling, Kalka-Shimla, and the Nilgiris.

The plan is to monetise these assets through methods as varied as the toll-operate-transfer (ToT) route, infrastructure investment trusts, and long-term concessions, sources said.

A second government official said discussions on these assets had been going on at the highest levels and all departments concerned had been mobilised.

The only assets on which not much progress has been made are the rail heritage routes.

The second strand is being carried out by the Department of Investment and Public Asset Management (DIPAM). These are non-core assets of firms identified for strategic sale, mergers of public sector undertakings, or closure.

While the land and the factory assets are spread across the country, the office spaces and apartments are mostly in Delhi NCR and Mumbai/Navi Mumbai.

“Some assets belonging to BEML have already been released to an asset reconstruction company. It will now identify buyers and investors and decide the best method to garner revenue from the assets,” the second official said.

Earlier this month, DIPAM officials had conceded that the government is unlikely to complete the strategic sale of Bharat Petroleum Corporation (BPCL), Container Corporation of India (Concor), and Air India by March-end.

So far, DIPAM has garnered only Rs 18,095 crore, a measly 17 per cent of the full-year budgeted target.

The sale of the companies mentioned above could have easily helped in achieving the Rs 1.05-trillion mark, especially Bharat Petroleum.

The Centre’s 53.3 per cent stake in BPCL is currently valued at Rs 52,500 crore. With a healthy premium, that alone could have fetched around Rs 70,000 crore.

That means that DIPAM now has to ensure that other plans, like NTPC’s acquisition of NEEPCO and THDC Ltd, and the privatisation of Shipping Corp come through before March 31. 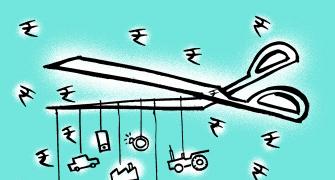