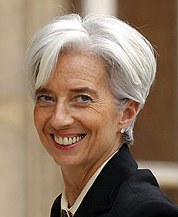 IMF chief Christine Lagarde has been put under formal investigation by French magistrates for alleged negligence in a political fraud affair dating from 2008 when she was finance minister.

Lagarde was questioned by magistrates in Paris this week for a fourth time under her existing status as a witness in the long-running saga over allegations that tycoon Bernard Tapie won a large arbitration payout due to his political connections.

"After three years of procedure, the sole surviving allegation is that through inadvertence or inattention I may have failed to intervene to block the arbitration that brought to an end the longstanding Tapie litigation," she said in a statement on Wednesday. "I have instructed my lawyer to appeal this decision, which is without merit."

Under French law, magistrates place a person under formal investigation when they believe there are indications of wrongdoing, but that does not always lead to a trial.

Lagarde's lawyer, Yves Repiquet, told Reuters he would personally appeal the magistrates' decision. That means Lagarde would not have to return to Paris in the meantime, allowing her to continue her duties as managing director of the International Monetary Fund uninterrupted.

"She is now on her way back to Washington and will, of course, brief the (IMF) board as soon as possible," IMF spokesman Gerry Rice said. "Until then, we have no further comment."

The inquiry relates to allegations that Tapie, a supporter of conservative former President Nicolas Sarkozy, was improperly awarded 403 million euros ($531 million) in an arbitration to settle a dispute with now defunct state-owned bank Credit Lyonnais.

The inquiry has already embroiled several of Sarkozy's cabinet members and France Telecom's chief executive, Stephane Richard, who was an aide to Lagarde when she was Sarkozy's finance minister.

In previous rounds of questioning, Lagarde has not recognised as her own the pre-printed signature to sign off on a document facilitating the payment, Repiquet told Reuters by telephone. However, Richard has stated that Lagarde was fully briefed on the matter.

The offence of negligence by a person charged with public responsibility in France carries a maximum penalty of one year's imprisonment and a 15,000-euro fine.

Lagarde was a star in Sarkozy's cabinet and well respected by peers, pushing through many of the high-profile initiatives in France's presidency of the Group of 20 nations.

She has been managing director of the IMF since 2011 after her predecessor at the global lender, Frenchman Dominique Strauss-Kahn, resigned over sexual assault charges that were later dropped.

The IMF's board discussed the possible consequences of the Tapie case before deciding to select Lagarde, the board said at the time. It has continued to support her through various stages of the case.

The IMF is traditionally headed by a European, and five of the last eight managing directors have been French. But the BRICS group of large emerging markets - Brazil, Russia, India, China and South Africa - protested the tradition during the last selection process in 2011, saying that continued European dominance could undermine the IMF's legitimacy.

The IMF's No. 2 official, David Lipton, an American, would likely take over as acting managing director if Lagarde were not able to perform her duties.

Tapie, a colourful and often controversial character in the French business and sports world, sued the state for compensation after selling his stake in sports company Adidas to Credit Lyonnais in 1993.

He claimed the bank had defrauded him after it later resold his stake for a much higher sum. Credit Lyonnais, now part of Credit Agricole, has denied wrongdoing.

Investigators are trying to determine whether Tapie's political connections played a role in the government's decision to resort to arbitration that won him a huge pay-out. He has denied any wrongdoing.

(1 US dollar = 0.7587 euro) (Additional reporting by Anna Yukhananov in Washington)