The new board will have to provide the NCLT a road map for turning around the company by October 31, which, Kotak said, is challenging, given that the company’s issues represent a “moving target” 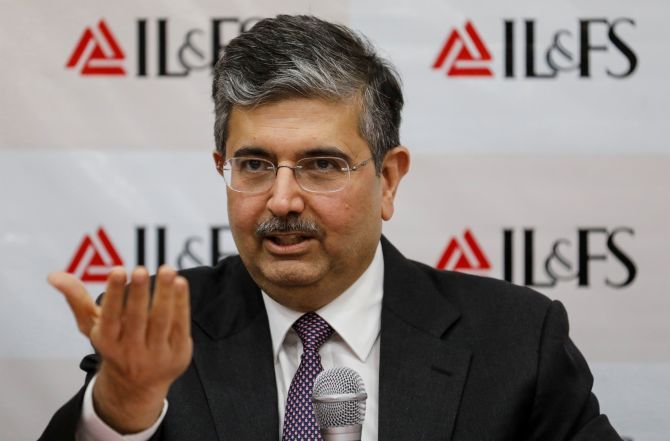 The government-appointed board at debt-ridden Infrastructure Leasing & Financial Services (IL&FS) hit the ground running and said it would take steps to preserve the value of the group.

The situation at IL&FS is more complicated than what was anticipated so far, said the newly constituted seven-member board of directors on Thursday after a five-hour meeting.

While the Ministry of Corporate Affairs said in its petition that IL&FS had 169 group companies under its structure, the new board said the group comprised 348 entities which is “significantly larger than what we had originally been aware of”.

Former Tech Mahindra vice-chairman Vineet Nayyar was appointed vice-chairman and MD of IL&FS, subject to the approval of the NCLT.

“Each of us is humbled by the responsibility placed on us by the government and we truly consider this a national duty.

"The board will take necessary steps to preserve the value of the company, its joint ventures, subsidiaries and associates,” said Kotak.

The new board will have to provide the NCLT a road map for turning around the company by October 31, which, Kotak said, is challenging, given that the company’s issues represent a “moving target”.

"The core aim of the board,” Kotak said, “is to ensure fair value and resolution of the enterprise, given all the complexities.”

Asked about the group’s liquidity situation and the plan proposed by the previous board of directors for a rights issue of Rs 4,500 crore, Kotak said: “Our objective is to work towards a comprehensive road map on the way forward and at this stage we are not taking a particular view, but we have listed the various options available to us.”

“Based on the assessment of the various facts, we will be able to take a view on which road to take.

"There are three or four options available and you will see it unfold over the next few days and weeks,” he said.

Nayyar said it was not easy to comprehend a company with 348 entities, but the board would come up with possible solutions.

With respect to the existing management of IL&FS’ subsidiaries, Nayyar said: “We have no pre-determined view on any individual or any group of people.

"We will see as we go along, but I have always believed in working with the people you inherit and we believe most of them are well-intentioned and hard-working, and will deliver, given the conditions we create.”

He added the board’s objective would be to create an environment enabling every staff member to do his or her best.

“However, I will not underestimate the challenge we face,” he said.

Kotak said the board was anticipating legal challenges, given the complexities on hand, and would ensure all decisions made would comply with the law of the land and have commercial justification.

Legal advisors - from Cyril Amarchand Mangaldas and executives from Alvarez and Marsal, the consulting firm appointed by the previous board to come up with a detailed restructuring plan - were present at the board meeting.

The board also appointed the audit committee under the chairmanship of former Deputy Comptroller and Auditor General Nand Kishore.

Former Rajasthan chief secretary C S Rajan, who was appointed to the board on Wednesday, and director general of shipping Malini Shankar are the other two members of the committee.

Kotak said IL&FS was a complex entity. “We are undertaking a process to ensure that the fair value of the facts on the assets and liabilities is preserved to the maximum extent and to find a fair resolution mechanism,” he added.

“We are here to rebuild trust and do it in an open, fair and objective manner. On behalf of the entire board I would like to assure various stakeholders that the purpose is to do what’s right in the interests of the institution and stakeholders, and the broader commitment to the financial markets of India,” Kotak said. 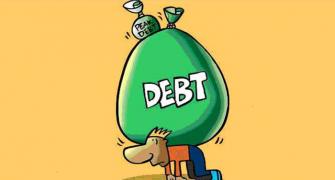