Services to be restored only once Aircel clears dues

Idea Cellular has said it has suspended interconnect services to Aircel because the latter did not “pay its dues”.

“Despite several reminders for releasing the dues since November 2017, the operator has failed to meet its payment commitments, forcing Idea to suspend interconnect services,” Idea said in a statement.

Idea would restore interconnect services once Aircel cleared its dues, it said.

“Idea Cellular regrets the inconvenience caused to mobile users, who are unable to connect with each other.

"We hope the operator will honour its contractual obligations and payment commitment, in the interests of customers,” the Idea statement said.

Aircel, which has a debt of Rs 15,500 crore, has entered into a strategic debt restructuring (SDR) plan after the lenders agreed to convert its debt into equity, according to a media report last week.

“The state of the industry is bad, we are in active discussions with all our stakeholders to do the best we can under the present difficult business environment and the ongoing SDR process,” said an Aircel spokesperson in response to queries about Idea’s move.

T Ananda Krishnan-led Maxis Communications, based in Malaysia, holds a 74 per cent stake in the debt-ridden telecom company.

Lenders had prodded Maxis to infuse capital into its telecom arm but, after it failed to do so, they pushed through strategic debt restructuring.

The Telecom Regulatory Authority of India (TRAI) has directed Aircel to wait till March 10 for its subscribers to port out to other operators.

Aircel’s subscriber base as of November 2017 was 87.5 million and the company had a 7 per cent market share.

It is expected to cut losses by focusing on its profitable circles.

Aircel, like other domestic telecom operators, has been reeling from the blows of a price war started by Mukesh Ambani-led Reliance Jio.

While Airtel and Vodafone have deployed fresh resources despite the hit they took, Idea has been asking telecom operators to make peace and stabilise prices.

Idea’s proposed merger with Vodafone is likely to be completed by March this year.

In the December quarter, Jio was the only telecom operator to post profits.

Last month, Business Standard had reported that Aircel lost about 665,916 subscribers. This is according to the November numbers published by Trai.

Aircel, however, has done better than its counterparts such as Reliance Communications, which lost 25.75 million subscribers, and smaller operators like Tata Teleservices, Telenor, and Sistema Shyam.

Larger operators, along with Jio, have continued gaining from this shift towards freebies and 4G services. 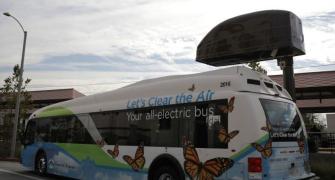 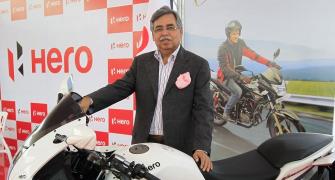