I plan to stay at Yahoo: CEO Marissa Mayer

Mayer, a former high-profile Google executive, was brought in as Yahoo's CEO in 2012 to architect a turnaround that has largely failed to materialise 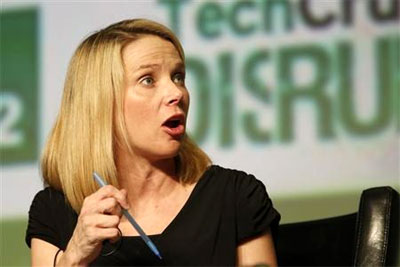 Yahoo chief Marissa Mayer on Monday said she would be open to staying on with the company, even though no decision has been made on her future following the company's acquisition by Verizon.

"For me personally, I am planning to stay. I love Yahoo, and I believe in all of you. It’s important to me to see Yahoo into its next chapter," she said in a letter to the employees.

Verizon on Monday announced that it will acquire Yahoo's operating business for about $4.83 billion in cash.

Yahoo, which was the entry door to the Internet for an early generation of Web users, will be integrated with AOL under Marni Walden, EVP and President of Product Innovation and New Businesses organisation, at Verizon.

“Yahoo is a company that changed the world. Before Yahoo, the Internet was a government research project. Yahoo humanised and popularised the Web, e-mail, search, real-time media, and more," she said.

Mayer, a former high-profile Google executive, was brought in as Yahoo's CEO in 2012 to architect a turnaround that has largely failed to materialise.

Mayer said her two immediate priorities are seeing the Yahoo sale through to its anticipated close in the first quarter of 2017 and managing the value of its remaining Asian assets.

After those matters are settled, she said she is "very open-minded”.