The merged entity will become the third biggest refiner behind IOC and Reliance Industries. 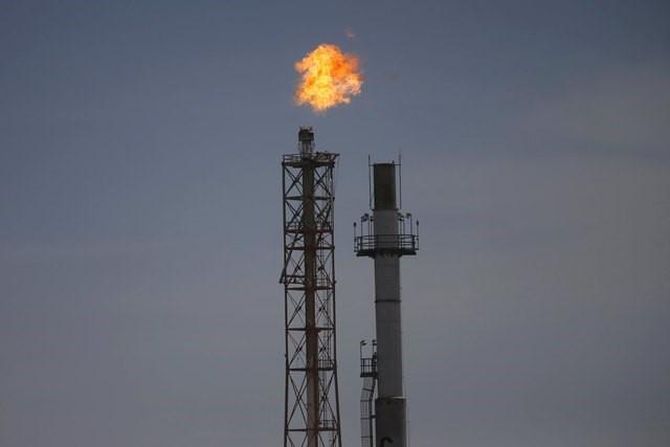 Hindustan Petroleum Corp Ltd's plans to acquire Mangalore Refinery and Petrochemicals Ltd (MRPL) has hit a cash hurdle, with parent ONGC preferring a cash deal rather than a share-swap, sources aware of the development said.

After this takeover, ONGC has two refining subsidiaries -- HPCL and MRPL.

Since then, HPCL is keen to get MRPL in its fold citing operational synergies.

It has been talking of a combination of cash and share-swap for the deal that will make it India's third-largest oil refiner.

But now, ONGC wants only cash as HPCL shares are on the slide.

Sources said HPCL has not yet come up with a concrete proposal for acquiring MRPL and has been talking about the deal mostly through the Oil Ministry and the media.

ONGC, they said, wants HPCL to make a compelling offer to it for the merger talks to begin.

HPCL can acquire MRPL by buying out ONGC's shares, which at Friday's trading price is worth about Rs 9,300 crore.

The other option is share-swap, wherein ONGC will get more shares in HPCL in lieu of it giving up control in MRPL.

A third option and more preferable is a combination of the two.

Sources said ONGC feels it does not want to end up with more shares of HPCL whose value has been on the decline on the stock market.

HPCL chairman and managing director Mukesh Kumar Surana has been since January 2018 talking of the synergy MRPL acquisition will bring to the company.

For one, HPCL sells more petroleum products than it produces and bringing MRPL's 15 million tonne a year refinery under the fold would help bridge the shortfall.

Also, there can be synergies in crude oil procurement as well as in optimising refinery set-up, he has been saying.

Sources, however, said HPCL has not made any firm proposal for the acquisition to ONGC.

MRPL is not a new company for HPCL. It was an HPCL company before ONGC in 2003 acquired joint venture partner A V Birla Group's stake.

Together with 15 million tonnes refinery of MRPL, it will become India's second-biggest state-owned oil refiner after Indian Oil Corp (IOC).

Overall, it will become the third biggest refiner behind IOC and Reliance Industries.

MRPL will be the third refinery of HPCL, which already has units at Mumbai and Visakhapatnam.