Markets end higher ahead of US Prez polls

After a lacklustre session for most part of the day, ahead of the US Presidential polls, markets gained traction in late trades led by buying in healthcare and financial shares.

Asian shares and the dollar steadied on Tuesday, with investors' reluctant to place new bets amid uncertainty over the outcome of a tight US presidential election and renewed doubts over Greece's ability to push through severe fiscal reforms.

Risk-aversion underpinned the dollar near a two-month high against a basket of major currencies and bound most asset markets within tight trading ranges, with oil, gold and the euro all barely budged.

In Europe as well the markets witnessed a cautious opening.

While, uncertainty over Greece's next aid payment kept the euro at a two-month low.

Back home, Cipla was the top Sensex gainer.

The stock jumped 4% to end at Rs 396 also its record high market price, after reporting a better-than-expected 62% year-on-year (yoy) growth in net profit at Rs 500 crore for the second quarter ended September 2012, buoyed by growth in exports and a reduction in the cost of raw materials.

Analysts, on an average, had expected profit of Rs 365 crore from drug maker.

On the other hand, Hindalco ended weaker by 2% at Rs 112 after the company reported that its net profit dropped by Rs 144 crore to Rs 359 crore for the second quarter ended September 30, 2012.

Total revenues for the company stood at Rs 6,164 crore as against Rs 6,272 crore for the same quarter last year.

Maruti Suzuki also closed weaker by 2% at Rs 1,457 after a financial daily reported workers are planning a hunger strike and other peaceful protests to force the management to take back the 548 employees sacked after the deadly violence in July that hit production.

On the sectoral front, the BSE realty index was the top gainer, up 2% at 1,848. Healthcare, power, bankex, PSU, FMCG consumer durables, oil & gas and metal indices were also among the gainers. While, auto, capital goods and IT indices ended weaker by 0.1-0.5% each.

Among the individual stocks, Amara Raja Batteries rallied 15% to Rs 258 after reporting 35% year-on-year (yoy) growth in net profit at Rs 70 crore for the second quarter ended September 2012 on back of higher sales. Net sales grew 28% at Rs 719 crore on y-o-y basis.

Mastek was locked in 5% upper circuit at Rs 142 after the board of directors of information technology (IT) company approved share buyback at a maximum buyback price of Rs 175 per share.

SKS Microfinance locked in 5% upper circuit of Rs 118 on back of heavy volumes after the company said that it breaks ground with Rs 200 crore securitization transaction post the issuance of revised Reserve Bank of India (RBI) securitization guidelines.

Cinemax India ended higher by 10% to Rs 129, extending its over 50% rally in past five trading days on report of a possible takeover attempt by one of its rival multiplex chain.

The stock has surged 63% since October 29, after Reliance Media & Entertainment Fund had acquired 158,097 Cinemax shares for Rs 1.22 crore.

The overall breadth was neutral as 1,514 stocks advanced while 1,321 declined.
Abhishek Vasudev in New Delhi
Source: 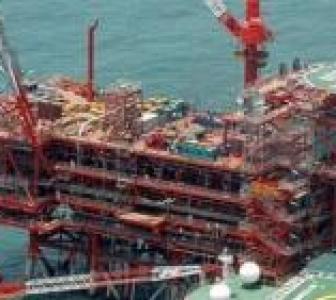 ONGC to sell 26% in K-G Basin block to Inpex 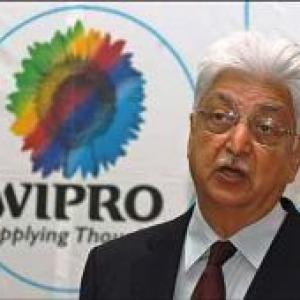 Wipro to focus on banks in emerging markets 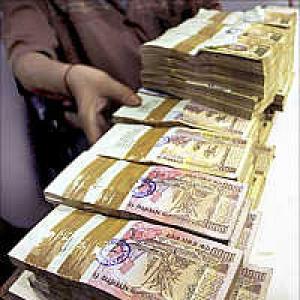