Investors are trying to push ahead with dollar purchases, emboldened by improving market sentiments 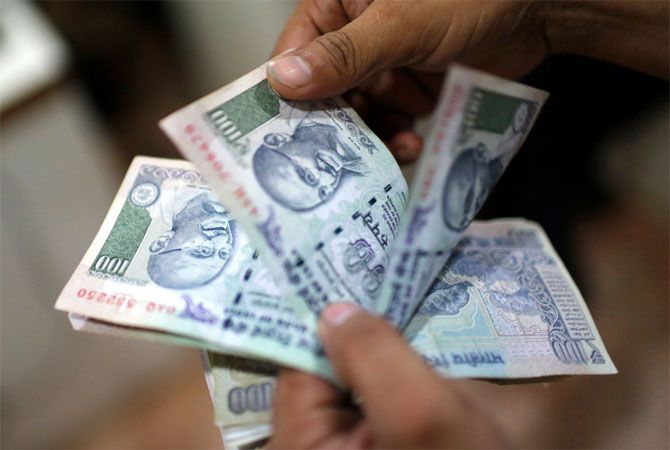 Recovering from its 29-month lows, the rupee on Friday regained 39 paise to 67.63 on fresh selling of dollars from banks and exporters on the back of recovery in equities despite higher greenback overseas.

The domestic unit resumed higher at 67.80 per dollar as against yesterday's 29-month closing level of 68.02 at the Interbank Foreign Exchange (Forex) market.

The domestic currency had dropped by 37 paise or 0.55 per cent in previous two days.

However, the dollar index was higher 0.13 per cent against a basket of six currencies in late afternoon trade.

Overseas, the dollar was higher against the euro and the yen in late Asian trade today as investors shed caution following signs that the European Central Bank may provide more stimulus and after a sharp recovery in Tokyo stocks.

Investors are trying to push ahead with dollar purchases, emboldened by improving market sentiment--a move pushing up the dollar against yen and pulling down the euro against the dollar.

Meanwhile, the benchmark Sensex recovered by 473.45 points or 1.98 per cent today.

Pramit Brahmbhatt, CEO of Veracity Financial Services, said, "As expected, the rupee took cues from domestic equity market as we saw cherish mood here along with global equity market. Nifty too closed with a smart gain of 145 points, thus by strengthening the rupee. Thus the rupee closed with a remarkable gain of 39 paisa at 67.63 levels, maintaining cap of 68 level."

Trading range for spot USD/INR pair is expected to be within 67.4 to 68 levels.

In forward market, premium for dollar declined further on sustained receivings from exporters.

The domestic currency rose further against the Japanese yen to settle at 57.17 from 58.17 per 100 yen yesterday.