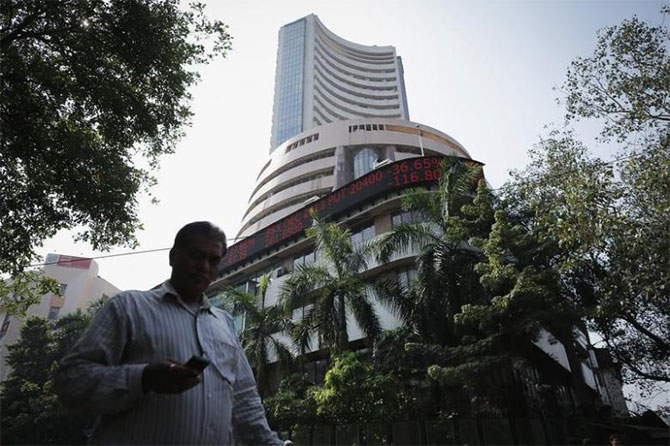 Markets ended lower, amid weak global cues, as investors booked profits after sharp gains in the previous session which lifted the benchmarks to 18-month highs. Further, testing of a nuclear weapon by North Korea also dampened sentiment for riskier assets.

"The Market corrected and settled below the important level of 8900 as investors expect that the recent rally was overdone and which prompt them to start booking profit. The global selloff due to the disappointment from the ECB policy as they decided not to extend the current bond buying program also influenced the domestic sentiment." says Vinod Nair, Head of Research, Geojit BNP Paribas Financial Services.

Asian markets came off their intra-day highs after reports that North Korea has conducted a nuclear test. Further, the European Central Bank at its policy meet on Thursday maintained a status quo on key rates and also surprised the market by not extending the dealine of its bond-purchases programme. Except for Hang Seng which ended higher led by financials most markets in the region ended lower.

European stock markets eased on Friday with pharmaceutical shares leading the decline while nuclear tests conducted by North Korea earlier today also dented sentiment. The CAC, DAX and FTSE were down 0.1%-0.2% each.

Financials which had surged in the previous sessions ended lower with HDFC down 2% followed by ICICI Bank, Axis Bank, HDFC Bank and SBI ended down 0.1%-2.6% each.

Defensives which had gained in the previous also witnessed bouts of profit taking. In the FMCG space, ITC slipped 2.2% while Hindustan Unilever closed over 2% lower.

However, energy stocks ended higher in the latter half of the trading session on renewed buying interest after global crude oil prices jumped on Thursday after sharp decline in US crude oil inventories.

ONGC ended up 3% after the state-owned energy major notified seven new discoveries during the quarter and eight so far in FY17 - with new prospect of discoveries and five new pool discoveries. However, the company posted a 21% decline in net profit for the June quarter to Rs 4,233 crore against Rs 5,368 crore in the year-ago period, owing to a drop in production.

YES Bank ended down nearly 4% after the private banker in a release said it has deferred its plans to raise equity via QIP because of misinterpretation of new QIP guidelines.

SAIL dropped nearly 6% after it reported a net loss for the June 2016 quarter increased to Rs 535 crore compared to Rs 248 crore in the quarter ended June 2015. The loss in June 2016 quarter was mainly on account of an exceptional item after the company paid Rs 54.2 crore towards voluntary retirement compensation during the period.

Among other shares, Zensar Technologies ended 3.5% higher after the company said it has won a multi-million dollar development deal for digital transformation project from Avis Fleet in South Africa.

Financial Technologies ended over 13% higher after the company reported a turnaround in June 2016 quarter with a net profit of Rs 12 crore as against Rs 45 crore loss posted in the corresponding quarter last year.