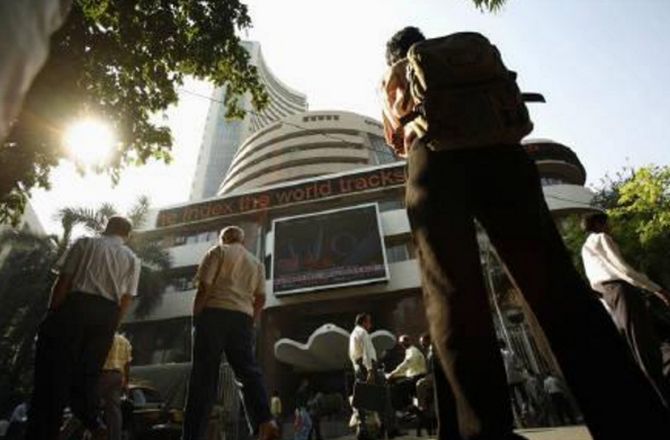 The benchmark BSE Sensex fell by 21 points to end at 33,835.74 in a choppy trade, extending its losses for the second day due to selling in oil and gas, realty, auto and metal stocks amid a global sell-off on heightened trade war fears.

Asian stocks declined following an overnight slide in US equities after President Donald Trump replaced his Secretary of State Rex Tillerson with CIA Director Mike Pompeo, who supports a hardline approach with China and Iran.

Later, it recovered to 33,875.15 on firming trend in Europe and a recovery in major banking stocks following a benign wholesale inflation data.

During the day, the benchmark swung almost 295 points (both sides).

Fresh spell of selling dragged down most of the sectoral indices, led by oil & gas, realty, metal, FMCG, power, capital goods, auto and PSU ended in the negative zone, falling up to 0.94 per cent.

Brokers said that the sentiment remained negative on weak trend in Asian markets following a drop in Wall Street as US President Donald Trump replaced his secretary of state, and plans to impose new tariffs on China.

Meanwhile, inflation based on wholesale prices eased to a seven-month low of 2.48 per cent in February on cheaper food articles, including vegetables.

According to a government data released today, inflation in food articles slowed to 0.88 per cent in February from 3 per cent in the preceding month.