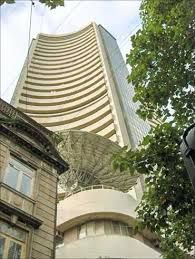 Markets maintained winning streak for the eight straight session to end at record closing highs with metal shares rallying the most on the back of upbeat economic data from China.

Both Sensex and Nifty slipped in red in the morning and traded in a narrow range during the noon. However, recovery from lower levels was staged in the last hour of trade led by buying in banking, metals, FMCG and technology stocks.

European stocks edged up too after digesting Markit's Composite Purchasing Managers' Index of companies across the euro zone and a good early indicator of overall growth.

The overall index rose to 54.0 in July from 52.8, its highest since April. Any number above 50 indicates expansion.

The HSBC flash PMI for China, the world's second-largest economy, came in at 52.0 for July, well above forecasts and the highest reading in 18 months.

There was also good news on the outlook, with a sub-index of new orders reaching 53.7.

On the sectoral front, BSE IT and Metal indices lead the rally up over 1%, followed by Teck and FMCG indices.

The technology pack witnessed fresh buying during the late noon trades with Infosys and TCS up 0.6% and 0.2%, respectively Wipro gained nearly 1% ahead of the Quarterly results.

Shares of Capital Goods picked up momentum during the late noon trades. BHEL and L&T gained 1% and 0.5% each.

Auto shares ended in the green with M&M, Tata Motors, Maruti Suzuki and Bajaj Auto up between 0.1-1%.

Prominent names on the gaining side include Sun Pharma, Bharti Airtel and Tata Power.

On the flip side, the Pharma stocks which witnessed some fresh buying during the early trades ended in red on account of profit taking. Cipla and Dr Reddy’s Lab are down 1%.

Notable names in red include GAIL, Hero Motocorp, NTPC and ONGC. Gail was the biggest loser of the day, down 2%.

Shares of Tata Group Companies -- Tata Metaliks and Tata Sponge Iron -- manufacturer of pig iron and sponge iron continued their upward march and rallied by over 50% in less than two weeks on the bourses after reporting a strong set of numbers for the quarter ended June 30, 2014.

Tata Metaliks surged 10% on the BSE.

Cairn India dipped 7% to Rs 323 after reporting a sharp 65% year on year fall in its consolidated net profit for the April-June 2014 quarter at Rs 1,093 crore, primarily due to change in method of depreciation from Straight line method (SLM) to Unit of production (UOP).

The company had profit of Rs 3,127 crore in the same quarter year-ago.

The market breadth ended positive on the BSE with 1,510 shares advancing and 1,451 shares declining.
Indrani Mazumdar in Mumbai
Source: