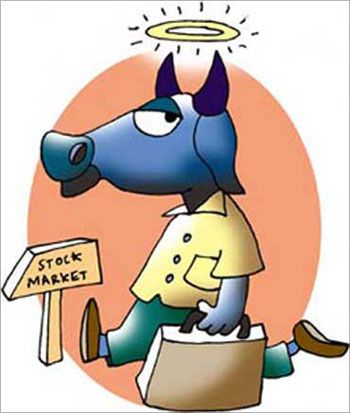 The BSE Sensex and Nifty continued their retreat from record highs hit last week for a fourth session on Wednesday to mark their lowest close in two weeks as banks declined on concerns the central bank's move to boost lenders' liquidity may weigh on margins.

The Reserve Bank of India kept its policy repo rate unchanged at 7.75 per cent on Tuesday, while boosting banks' liquidity in a bid to persuade them to lower lending rates after they failed to pass on the benefits of the last official rate cut three weeks ago.

Rising bad loans at ICICI Bank, Punjab National Bank and Bank of Baroda also led to paring of positions in the sector.

The Sensex fell 0.4 per cent, while the broader Nifty ended 0.38 per cent lower, marking their lowest close since Jan. 20.