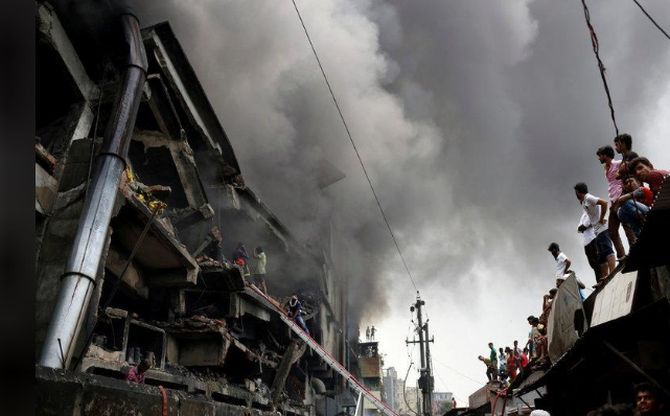 Sustainability reports submitted by some of India’s large companies throw light on safety standards at plants as well as on the number of fatalities.

These eight companies together employed about 880,000 employees in the last financial year.

Banking, financial services, software companies and firms where fatalities data was not shared were excluded from the BSE Sensex companies list as of March 2017.

“ITC has a well-structured approach to safety that is focused on ensuring zero harm for all workers, employees and visitors within our business premises.

"The number of loss time accidents, of which fatalities are a subset, have reduced significantly, with the total number of employees having tripled,” said Sanjib Bezbaroa, executive vice-president and head, corporate environment health and safety, ITC.

Six of the eight companies did not share any response beyond what the sustainability report shared as.

The eight companies in reference are a small sample and also likely to have the best safety standards in the country.

Data shared by the ministry of labour and employment with the Lok Sabha pegs the number of fatal workplace injuries at 1,135 for the year 2016.

“If we are to analyse the safety performance statistics of the top companies and see them performing only average on this front, then the performance of Tier II and Tier III companies will be even less encouraging,” said Yasir Ahmad, partner, sustainability and responsible business advisory, PwC.

“India’s working conditions can definitely improve. Such data needs to be periodically studied and there needs to be some impetus from companies to improve this metric,” said Shriram Subramanian, managing director at proxy advisory firm InGovern.

Of the eight companies, Coal India reported the largest number of fatalities at 56 lives lost in 2016 and 38 lost in 2015.

The labour ministry has in the past admitted to safety issues at certain coal mines in India.

India’s large dependence on contract labour may be another reason leading to industrial safety issues.

“Contract labour is a fluctuating workforce, and are often less trained on safety aspects. This could perhaps explain the reason why this band of workforce often scores low on safety performance statistics,” Ahmad pointed out.

According to the labour ministry’s response to a question in Parliament in April 2017, the number of contract labourers employed in the central government and central public sector undertakings was 1.84 million.