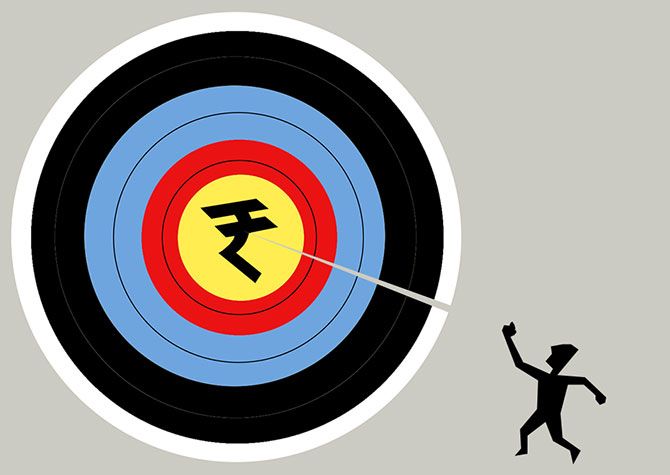 Ever since the government announced its plan to recapitalise public sector banks, their stocks have been on fire.

Here is a game plan for mutual fund investors to benefit from what the market perceives is to be a positive step both for PSBs and the economy.

PSBs have been grappling with the problem of recognition of bad loans and provisioning for them for several years.

These banks can now aggressively recognise these loans, take a provisioning hit on their profit and loss accounts for a couple of quarters, and move ahead.

"The problem, which in the ordinary course would have taken several quarters to resolve, can now be dealt with better as we believe that these banks will not fall short of capital," says Vinay Sharma, fund manager, ICICI Prudential Mutual Fund.

PSBs have been ceding market share to their private sector peers for the past decade or so.

But the trend had accelerated in the past two or three years as PSBs had stopped competing in segments such as small and medium enterprises lending and consumer finance.

Their management was caught up in dealing with the bad loan problem, and they also lacked the capital to lend.

Hence, retail-focused banks and non-banking financial companies took away market share from them.

"That shift in market share may slow down now," says Sharma.

With the government providing the necessary capital, investor confidence in PSB stocks has risen, as is getting reflected in their re-rating.

Until now, the market consensus was that when investing in the financial services space, you should bet on retail-focused private sector banks and NBFCs (the more forward looking investors also took exposure to corporate-focused private lenders), and avoid PSBs. That is set to change now.

As PSBs begin to lend once again, their recapitalisation could provide a boost to the broader economy as well. Their lending could kick-start capital expenditure by the private sector.

Investment in infrastructure could also receive a boost. This in turn could have a ripple effect on sectors such as cement and steel.

Investors should not, however, jump to the conclusion that the problems of PSBs are over.

"There are two parts to the problem. One is that the PSU banks lack capital. The money that the government will inject will provide a war chest to these banks. The second equally important part of the problem is that asset quality resolution has to happen at a faster pace," says Sanjay Parekh, senior fund manager-equity investments, Reliance Mutual Fund.

"Right restructuring of loans has to take place, haircuts have to be taken by lenders, and provisioning has to be done," Parekh adds.

Other experts, too, emphasise investors should not get too carried away by the run-up in PSU bank stocks.

"Cleaning up the books, becoming competitive and regaining market share will not be easy," warns Vidya Bala, head of research, Fundsindia.com.

How to benefit from this move?

Betting on the new development is not an easy task. You need to be sharp and nimble.

So, only investors with the ability to track the sector closely should invest in a banking and financial services fund.

"Ensure that the fund you invest in is well diversified across private banks, PSU banks, and NBFCs," says Nikhil Banerjee, co-founder, Mint Walk.

Given the strong prospects of the financial services space, he advises that investors may take a 10 per cent allocation (of their equity portfolio) to these funds, but with at least a five-year horizon.

When choosing a fund from this category, check the track record, giving higher weight to longer-term returns.

Also, go with a fund manager who managed to contain the downside well in years when the banking index fell.

A few exchange-traded funds (ETFs) are available that invest only in PSU bank stocks. After the events of the past few days, investors may feel tempted to invest in them.

Experts warn against doing so, especially for the short term. They cite a couple of reasons.

There has already been a run-up in PSU stocks. Any investment made for the short term could backfire.

Any investment in these ETFs should be for at least three to five years.

Moreover, the exact details of how recapitalisation will happen are yet to be announced.

"The government may evaluate the performance of PSU banks to decide how much capital to infuse into each. Some weaker banks may get absorbed by larger banks. In an ETF you have exposure to all the PSU banks," says Banerjee.

An active approach of selecting the better PSU stocks and discarding others would work out better in such a scenario.

A narrow PSU bank ETF would also be subject to concentration risk.

"In these ETFs the exposure to a single stock such as SBI is as high as 61 to 66 per cent. The more concentrated a portfolio, the more volatile it tends to be," says Bala. 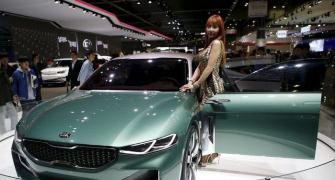 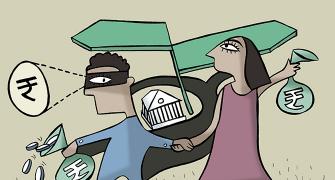 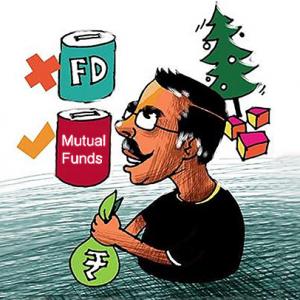