Investors indulged in profit booking at attractive and higher valuations 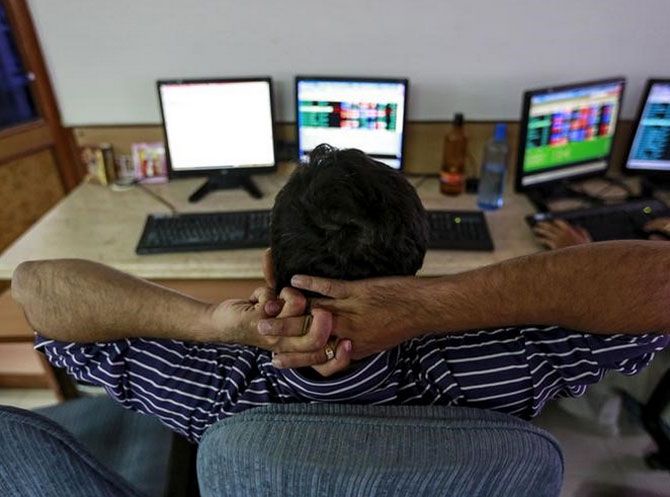 Markets finished the Friday session on a flat note as profit booking emerged following a private survey which indicated slowdown in the country's services sector during May.

Nikhil Kamath, Co-Founder & Director, Zerodha says "market activity remained tepid on Friday on the back of fatigue from all the market activity we have witnessed over the last two weeks.

The indices opened with strength but weakness crept in towards the close, Banking index outperformed in trade today while manufacturing and Pharma exhibited malaise."

"Nifty50 is redrawing its bull market trajectory by challenging the bears from all sides, nothing is stopping the bulls for now, off course it will correct every now and then but it will not completely reverse the trend. The sequence of higher tops and higher bottoms is crystal clear leaving no doubts in the mind that bull market has resumed.

The railway track of bears has been decisively breached by the bulls.  Wide ranging days of the previous week indicate that the momentum is very strong. Traders should focus on long only trades or can consider writing puts," said Jimeet Modi, CEO, SAMCO Securities.

Following the tandem, European equities advanced on Friday ahead of the US jobs data. FTSE 100, CAC 40, DAX gained between 0.5%-1%.

Back home, services sector growth fell drastically in May compared to April as new businesses were not as forthcoming, showed widely-tracked purchasing managers' survey.

The purchasing managers' index (PMI) declined to 51 points in May, the weakest since November, 2015, from 53.7 in April. The 51 points still represents a growth, since any reading above 50 is an expansion and one below that is contraction.

Meanwhile, Brent oil prices held approximately $50 a barrel following an Organization of the Petroleum Exporting Countries (OPEC) meet that failed to reach consensus regarding output targets, but which was seen as supportive as Saudi Arabia pledged not to flood the market with more fuel.

Aiding support to the rally, select banks and automakers climbed amid optimism that the nation’s economic growth will accelerate. In the banking pack, Axis Bank, ICICI Bank gained 3.6% and 1% each while in the auto segment, Bajaj Auto, M&M, Hero Motocorp, Maruti Suzuki and Tata Motors gained between 0.6%-1.6%.

Technology shares ended mixed ahead of the US jobs data due later today. Infosys and Wipro ended 0.5% and 0.1% higher. Meanwhile, TCS lost 0.4%.

MOIL surged over 5% after the company announced that the board will meet on June 7, to consider buyback of equity shares.

Natco Pharma moved higher by 8.5% after the company announced that its marketing partner, Mylan Inc., has received a tentative approval from USFDA for cancer drug Sorafenib, the generic version of Nexavar.

Idea Cellular dipped 10% after more than 3% of total equity worth of around Rs 1,400 crore of telecom services company changed hands via multiple block deals.

Among other notable losers include Lupin, BHEL, Bharti Airtel, L&T and GAIL down between 1%-2%.