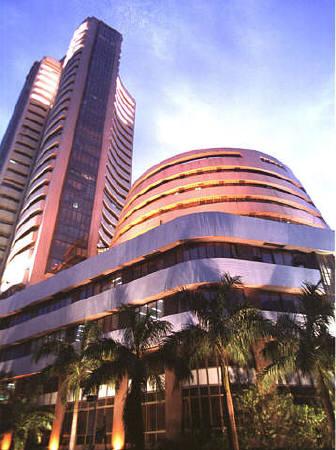 Markets ended on a subdued note is trades today amid profit booking in HDFC Group shares after recent gains.

Investors also remained cautious ahead of foreign direct investment vote in Parliament that will test the Congress-led UPA government's ability to push through key reforms.

The Asian markets also ended on a subdued note on concerns that stagnant US budget talks could threaten to derail the world's largest economy.

A closely watched indicator of Chinese manufacturing activity confirmed a swing back to expansion in November but the data proved insufficient to dispel worries over next year's outlook.

The European markets inched higher early on Monday, led by commodity companies , on the back of improving manufacturing data from China.

Back home, India's manufacturing sector beat the expectations of economists to grow at its fastest pace in five months in November, boosted by strong export orders and a surge in output, a business survey showed on Monday.

The HSBC manufacturing Purchasing Managers' Index (PMI), which gauges the business activity of India's factories but not its utilities, rose to 53.7 in November from 52.9 in October.

HDFC Bank was the top loser among the Sensex stocks. Shares of India's second largest private sector slipped 2.4% to close at Rs 687 on the account of profit booking as the stock touched its all time high price during the previous week.

Toubro were also among the laggards.

On the other hand, State Bank of India was the top gainer from the heavyweight space.

On the sectoral front, the BSE banking index- bankex was the top loser.

While, realty, metal, power, consumer durables, oil & gas, capital goods and healthcare indices were up 0.2-1.3% each.

Among the individual stocks, National Aluminium Company (NALCO) soared over 5% at Rs 48.80 on back of heavy volumes after the state-owned company raised aluminium prices with effect from December 1.

Tulip Telecom was locked in 5% upper circuit of Rs 37.60 on the BSE after the company said that it may be able to repay its foreign currency convertible bonds (FCCB) worth $140 million (about Rs 760 crore) by the end of this month.

Shares of rating agencies, ICRA and Crisil are trading higher by over 4% each on back of heavy volumes ahead of the initial public offer (IPO) of Credit Analysis and Research Ltd (CARE), which opens on Friday.

MahasiS rallied 3.2% to Rs 400 after information technology consulting and software firm said that it signed a definitive agreement to acquire US- based Digital Risk LCC, a mortgage management specialist, for $175 million.