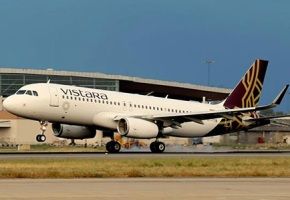 As competition in the Indian aviation space hots up, with Vistara taking to the skies next month, domestic airlines are revamping products and increasing their capacity.

While GoAir has said it will launch new products and services from March, Jet Airways, which shelved its no-frills carrier Konnect, earlier this month, has launched a ‘Guest First’ programme to improve customer service.

Giorgio De Roni, GoAir’s chief executive, said, “We have strengthened our corporate business. We have good products, convenient schedules and improved on-time performance. We will be launching a new service from March.”

He refused to provide details about the new products and services.

“Our forward bookings for January-March 2015 have grown 40 per cent compared to this year. “We have sold 100,000 additional seats for travel in January-March,” De Roni added.

Earlier this year, he had said GoAir aimed to increase its revenue 36 per cent and carry 6.7 million passengers in 2014-15.

IndiGo and Jet are adding capacity, with new flights from Mumbai and Delhi.

Sources at the two airlines say the capacity addition isn’t aimed at thwarting the plans of Vistara, set to begin services on January 9, linking Delhi, Mumbai and Ahmedabad.

IndiGo, which has about 550 flights a day, has increased the number of daily flights from Delhi to Hyderabad and Chennai to seven.

It has also begun a new service to Kozhikode.

Air India and Jet Airways are flying wide-bodied planes to meet the demand till mid-January.

While Air India is flying a Boeing 777 on the Mumbai-Delhi route, Jet is operating the Airbus A330 on the Delhi-Bengaluru and Delhi-Chennai routes.

Jet has also added new flights on the Chennai-Kochi, Mumbai-Kolkata and Mumbai-Goa routes. Competition in the skies

• GoAir is launching new product and service from March
• Jet Airways has launched ‘Guest First’ programme to improve customer service. It is also refurbishing aircraft cabins and improving in-flight menu
• Both Air India and Jet Airways are flying wide-body craft to meet passenger demand till mid-January
• Market leader IndiGo and Jet Airways are adding capacity with new flights from Mumbai and Delhi
• IndiGo has added a seventh daily flight from Delhi to Hyderabad and Chennai
• It is also adding 15th daily frequency between Mumbai-Delhi, 11th daily flight between Mumbai-Bengaluru and began new service to Kozhikode 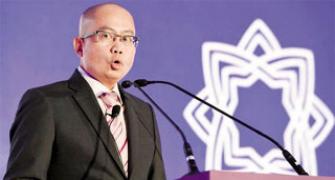 Tata-SIA venture: The new airline and its CEO 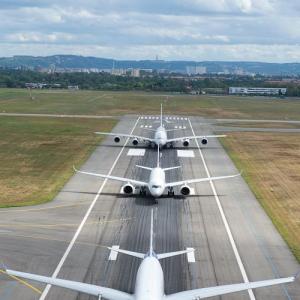