Housing for all: Good plan but tough to execute

While most companies have praised the government for its housing policy, the numbers seem beyond reach. 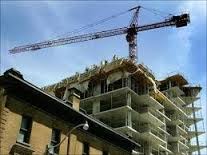 The National Democratic Alliance government’s ambitious ‘housing for all by 2022’ scheme, approved by the Union Cabinet on Wednesday, is in the right direction but might be tough to execute, many in the real estate industry feel.

Earlier, the United Progressive Alliance government had also come out with an affordable housing policy that never took off, as companies saw little reason to venture into the segment in the absence of sufficient incentives.

While most companies have praised the government for its housing policy, the numbers seem beyond reach.

Currently, there’s a shortfall of 23 million houses in India, and it’s impossible to meet the gap in seven years, according to Samir Jasuja, founder of Propequity, a real estate analytics firm.

The need is for more than three million residential units a year, against 700,000 houses sold in 2014.

The supply has to grow by more than three times to fill the gap, say analysts.

The numbers look even more worrying if one was to look at smaller or affordable units.

Since the shortfall of 23 million is mostly in the affordable and mid-segment, the increase in supply has to be that much more, according to a company executive.

"Housing-for-all should not be seen just as a policy to build houses. One has to build sufficient infrastructure, too," said Jasuja.

Also, companies would not get into such a project without the government announcing incentives, he said.

Sachin Sandhir, global MD, emerging business, RICS, an academic body in the real estate, said, “After toying with the proposal to provide interest subsidy on loans to economically weaker sections and lower income group category home buyers for one year, the government has finally come out with a seamless policy with clear clauses on subsidies and other defined norms.’’

But, Samantak Das, chief economist and director of research, Knight Frank India, while agreeing that the interest rate subvention scheme is a step in the right direction, said, “The success of this scheme will depend on the right targeting of actual beneficiaries, which, in my view, is a big challenge in a country like India.”

Das said the definition of EWS and LIG has been changed to bring in more beneficiaries under its ambit.

However, “there has to be a commensurate growth in the supply of low-cost housing across appropriate locations to make this move a successful one”. Manoj Gaur, president, Credai, said, “Every stakeholder of the industry would get benefited by this step."