Roiled by the pandemic, home prices in India fell 3.6 per cent in December quarter 2020, pushing down its global ranking to the lowest 56th as compared to 43rd in the year-ago period, while Turkey continued to lead the tally, says a report. 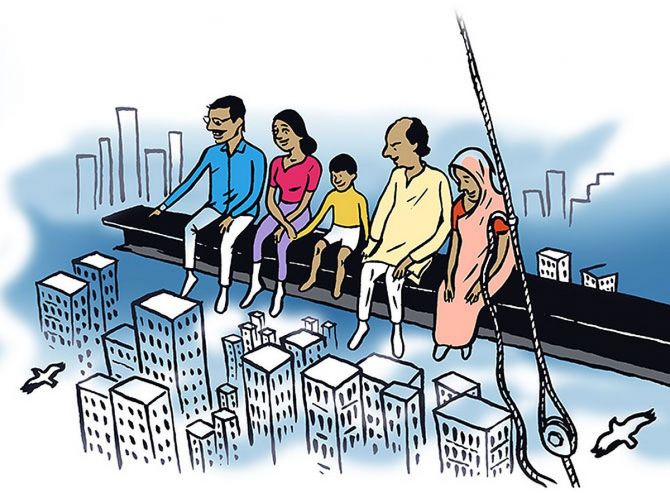 According to international property consultancy Knight Frank, India was the weakest-performing housing market in October-December last year with a decline of 3.6 per cent year-on-year in prices.

During the quarter, Turkey continued to lead the annual rankings with prices up by 30.3 per cent year-on-year, followed by New Zealand at 18.6 per cent and Slovakia at 16 per cent.

In the US, the worst affected by the pandemic, the home prices rose 10.4 per cent in the quarter.

India's ranking stood at 56th globally in terms of home price appreciation, down 13 notches from 43rd in the same quarter last year, according to the report, which said as much as 89 per cent of the countries and territories saw prices going up in 2020.

India was the weakest-performing country, with a yearly decline of 3.6 per cent in home prices, followed by Morocco with a drop of 3.3 per cent, the report said.

India had maintained its 43rd position in January-March 2020 as well. It then slipped to 54th in June quarter and retained that in the following three-month period.

It further fell to 56th in December quarter 2020 -- the lowest among the 56 mapped markets ,the report said.

The fall, due to the pandemic, comes despite the Centre and  states taking many steps to create housing demand, and also historic low home loan rates, lower stamp duty and other levies on residential purchases in key markets.

"As the vaccine rollout takes place, we expect normality to return, after which the government will have to device measures to extend the current sales momentum," he said.

According to the report, 89 per cent of markets saw prices increase in the year, with several emerging markets performing strongly, including Turkey, which leads the index for the fourth consecutive quarter.

In the US, the worst affected by the pandemic, the home prices rose 10.4 per cent in the quarter.

In Canada and Britain, prices surged  9 per cent each , Japan saw 5 per cent rise, Singapore( 2.5 per cent) and Russia (14 per cent). Hong Kong and Malaysia both saw annual price growth slip into the negative territory.

Globally, mainstream residential prices across the 56 key markets rose at an annual rate of 5.6 per cent on average in 2020, compared to 5.3 per cent in 2019.