Prospective buyers might grumble about skyrocketing gold prices, but the recent run-up in bullion has one group of unexpected beneficiaries - companies who lend against gold.

Since they use gold as collateral for loans, any increase in the yellow metal's value means they can disburse larger sums against the same amount of gold.

"The increase in the price of gold has helped us and increased the loan to asset value. We are disbursing about Rs 500 crore (Rs 5 billion) a month," said K P Padmakumar, executive director, Muthoot Finance, the largest company in the country exclusively lending against gold. The company has a loan book of Rs 8,900 crore (Rs 89 billion).

Manappuram Finance, also specialising in loans against gold, is reaping similar benefits. "Over the past three months, we have increased our loan book by 20 per cent. Of this, four to five per cent would have been due to the increase in gold prices and the rest due to our increased branch presence," said I Unnikrishnan, managing director.

"Customers are taking full benefit of the increase in gold prices." The company has a loan book of about Rs 3,000 crore.

Global gold prices have risen more than 15 per cent this year, with rising concerns over sovereign debt levels in Europe and prospects of more financial market instability boosting interest in the precious metal as a haven from risk.

In India, gold prices have increased by Rs 1,995 per 10 gm since the beginning of March to Rs 18,830 per 10 gm as of June 26. Gold financing is unique to the country. India is one of the largest gold markets, with an annual demand of 700 tonnes.

Most lenders allow borrowers to decide how much they want to borrow against a fixed amount of gold and fix the rate accordingly. The interest rate is 12-18 per cent. Since they are secured, loans against gold tend to be cheaper than personal loans and are usually taken for shorter periods.

The entrants in the segment are also enthused by the increase. Andhra Bank, which introduced the product last year, is considering increasing the rate per gram, according to a senior executive. This rate is the sum borrowers are entitled to get for each gram of gold they pledge.

However, companies are wary of volatility in gold prices, since a sharp correction will erode the value of their collateral.

To guard against short-term volatility, some, such as Manppuram Finance, have started using the 90-day average price while valuing gold, rather than the daily price.

"Earlier, we used the daily export price but now we have moved to the 90-day average price. This also serves us, because the average tenure of our loans is three to four months," said Manappuram's Unnikrishnan. 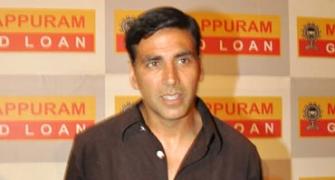 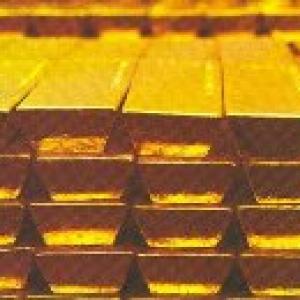