Tea estates across Assam and West Bengal, which were hitherto closed owing to the lockdown, opened in April. 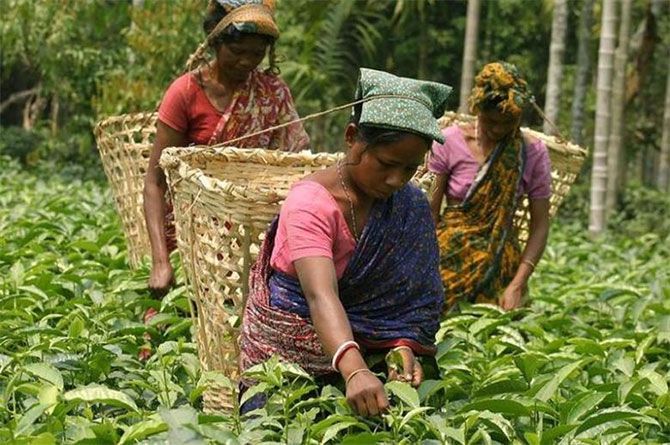 Fresh tea from the season is set to be back in the north Indian auction centres in early May as plantation companies have resumed production this month, albeit at a slower pace.

“In the auction scheduled for May 3, tea manufactured after the lockdown will be up for sale and there is tremendous excitement from the buyers for that tea,” said Dinesh Bihani, secretary at the Guwahati Tea Auction Buyers’ Association.

Brokers are of the view that opening prices of the season’s fresh teas will be higher by Rs 30-50 a kg this year.

Although auctions have commenced in Guwahati and Siliguri, the tea so far sold was primarily the carryover stock from last year.

Even that had attracted immense interest from buyers.

Broker sources in Guwahati said that average prices had soared by Rs 20-30 compared to pre-lockdown levels of Rs 80-85 a kg.

“At times, prices have been higher for select better lines,” said Bihani.

Nearly all the major companies like Goodricke Group, Warren Tea, Jay Shree Tea and Industries and others have resumed production and broker sources said big buyers like Hindustan Unilever (HUL) and Tata Global Beverages are upbeat about the tea that is forthcoming.

“There has been some production in April after we opened our estates and that produce is set to be offered in the forthcoming auctions,” said Atul Asthana, managing director and chief executive officer (CEO), at the Goodricke Group.

Tea estates across Assam and West Bengal, which were hitherto closed owing to the lockdown, opened in April after the Centre allowed plantation activities to resume, capping the workforce at 50 per cent.

In West Bengal, the workforce has been capped at 25 per cent by the state government which overrides the central notification.

“However, it is expected that there will be an 80-85 million kg (mkg) production loss overall in March-April which will create a huge scarcity,” said Vivek Goenka, executive director at Warren Tea.

At an average auction price of Rs 140 a kg, the estimated crop loss translates into a revenue loss of Rs 1,190 crore for the tea companies.

Usually, around 130 mkg is produced between the months of March and April.

“Most importantly, we think that the second flush has been safeguarded to a large extent as estates have opened,” Goenka, who is also the chairman of the Indian Tea Association (ITA), said.

Preparations for the second flush tea, harvested in May, begin during April when the bushes are skiffed.

The second flush is the most important as well as priciest in Assam and often fetches record prices.

Brokers like Kalyan Sundaram, secretary at the Calcutta Tea Traders’ Association, is optimistic that given this huge scarcity, prices will be on the higher side.

“Prices of quality teas should be healthy, given the shortfall. There is practically no tea in the system currently,” he said.

The Tea Board has also been conducting regular checks at estates to supervise quality of teas and flush out bad tea from entering the auctions.