Tata has 6.13 million followers on Twitter and has tweeted only 119 times since he joined the microblogging platform in April 2011 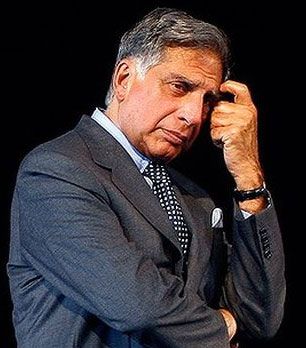 The Twitter accounts of leading industrialist Ratan Tata and Telecom Regulatory Authority of India (Trai) Chairman R S Sharma were hacked by some anonymous persons, but restored on Saturday.

On Friday, a tweet by parody account @realhistorypic was shared from Tata’s account showing Reliance Industries Chairman Mukesh Ambani and Prime Minister Narendra Modi together with the caption: “Owner of Network 18 welcoming his employee to address people how (sic) cronies are going to halt inflation”. The tweet was also marked to Delhi Chief Minister Arvind Kejriwal.

Tata has 6.13 million followers on Twitter and has tweeted only 119 times since he joined the microblogging platform in April 2011.

Similarly, Trai chief R S Sharma, who is on an official trip to Fiji and Australia, said his Twitter handle was hacked. “I like dum ways to die because it is most funny,” one of the tweets posted from Sharma’s account said. Another tweet carried an obscene comment and a link to the Apple App Store prompting users to subscribe to iTunes news.

“This is to inform that the Twitter handle of the Trai chairman has been hacked and absurd posts are being put out. Please ignore indecent messages being put out from his handle,” a Trai official said.