News
Business
Movies
Sports
Cricket
Get Ahead
Money Tips
Shopping
Sign in  |  Create a Rediffmail account
Rediff.com  » Business » Gujarat plans to give Kerala a run for its coconuts The Gujarat government believe it can usefully utilise its 1,600-km coast for cultivating more coconuts in the coming years.

Traditionally known as a cotton and groundnut grower, Gujarat is gradually making it as a coconut producer. In fact, its yield per hectare is better than the number one coconut producer in the country, Kerala.

Tamil Nadu and Karnataka are also ahead in output but the Coconut Development Board and the Gujarat government believe the state can usefully utilise its 1,600-km coast (the highest for any state in the country) for cultivating more in the coming years.

Gujarat's productivity dipped on account of storms in 2013 and the state is yet to recover from the loss of coconut trees.

CDB thinks Gujarat could increase the area under coconut from the current 31,000 ha to 40,000 ha in two to three years. It plans to open an office in Gujarat to promote coconut farming and explore value addition.

“With its longest (in the country) coastal area, there is huge potential for coconut farming and we want to capitalise. Additionally, its weather is very favourable for this,” said A K Singh, chairman of CDB. His office has already sent a proposal to the state government for an office, to guide farmers.

Also, the board believes Gujarat has a logistical advantage to reach markets in north India (Delhi, Uttar Pradesh, Punjab, Haryana). Most of the supply to these parts comes from South India.

“Gujarat is full of entrepreneurship and the state can emerge as suppliers of coconuts to the north. We will also work on it,” said Singh. “Value addition is also an area which can be developed.”

However, insufficient water resources are the biggest deterrent. There is also the long process of cultivation for coconuts.

“Bhavnagar, Somnath, Junagadh, Porbandar and Kutch are the coconut growing districts. All these depend on rain water most of the time. Though the government is trying to supply Narmada water across the state, it will take some time,” said P K Kapadiya, research scientist at the agriculture research station in Mahuva of the Junagadh Agrilcultural University (JAU).

JAU has developed two hybrid varietes and plans to educate coconut cultivators on multilayer farming -- plantation of other crops with coconut.

“Fruits on the coconut plant come after five years of plantation; after this, the farmer’s earning starts. But, meanwhile, they can sow other crops (alongside) like turmeric, banana or vegetables. We will soon provide training for it,” said A R Pathak, vice-chancellor of JAU.

Hasubhai Doshi, a coconut trader in Bhavnagar said, “Other states’ governments are supporting farmers when coconut prices go below the minimum support price. In Gujarat, there are no safeguards for the farmers at a time of price fluctuation. If growers get assurance about income, the state can definitely be a leader in production.” 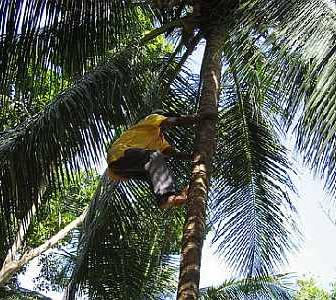 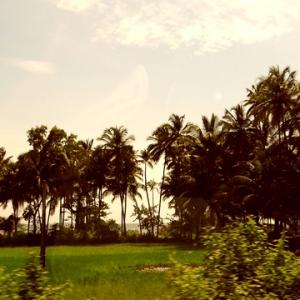