Reaching a consensus might also get tougher, as already seen with issues like inclusion of natural gas in GST and imposition of a sugar cess, both central proposals being resisted. A year after the levy’s rollout, decision making on the Goods and Services Tax (GST) could get overshadowed by politics as the election season takes over.

Already, the frequency of meetings has come down from an average of over two a month till May to one in a gap of two and a half months.

In fact, the meeting in early May was held through video conferencing. The next one is now slated for July 19.

Reaching a consensus might also get tougher, as already seen with issues like inclusion of natural gas in GST and imposition of a sugar cess, both central proposals being resisted.

While the Centre has argued for natural gas’ inclusion, this is being opposed by Andhra Pradesh.

The Centre’s proposal for a sugar cess to compensate cane farmers is being opposed by cane producing states like Andhra Pradesh and Karnataka, apart from Kerala.

Officials say there could be some revival in action around October-November, before the elections in Rajasthan, Madhya Pradesh and Chhattisgarh.

The GST Council had cut tax rates on a number of items prior to the Gujarat assembly elections in 2017.

However, some of the issues on which consensus has already been reached might go through. For instance, the GST Council meeting next month is likely to clear the return simplification process.

Also, the government will have to take a call on extending the postponement of the reverse charge mechanism and tax collected at source, both of which would expire by this month-end.

“It is not going to tinker with GST now in a big way.” Assam finance minister Himanta Biswa Sarma (it is a BJP government, too) said there might be one meeting in two months from now “but that is because there is not much on the agenda, unlike earlier”.

Bipin Sapra, partner at consultancy EY, said there were a number of issues on which the GST Council needed to decide.

“Reduced frequency of meetings due to unrelated issues would delay major changes in the law and procedures.”

A GST official had earlier this month talked about a proposal to include natural gas within GST on an experimental basis.

“The state has lost autonomy in raising fiscal resources with the introduction of GST…For the same reason, Andhra opposes inclusion of other petroleum products in GST,” he said.

“Being a producer of gas, our state would lose substantial revenue if it is included in the GST.”

Assam’s Sarma said that while his state favoured inclusion of natural gas and aviation fuel within GST, other petroleum items should wait.

“Currently, even if we include petroleum, the consumer might not get much benefit because the burden of compensation cess will be higher. It is only once GST is stabilised and states no longer require compensation from the Centre that we should look at petroleum inclusion in GST.”

Says Kerala finance minister Thomas Isaac: “If the central government is serious about including petroleum products in GST, let them make a serious proposal. Let them commit to a programme for compensating the states for the loss of revenue. Without such firm commitment, such talk is woolly,” he tweeted recently.

Haseeb Drabu, former finance minister of J&K, was the driving force in consensus creation at the GST Council. However, he was dismissed by the then Mehbooba Mufti government two months ago.

A proposal by the ministry of food and public distribution to impose a sugar cess of Rs 3 a kg to compensate sugarcane farmers evoked sharp protests by some states, particularly Kerala, West Bengal, Karnataka and Andhra Pradesh. A committee was constituted on the matter.

Pratik Jain, partner at consultants PwC India, said although the frequency of meetings was expected to go down as GST was stabilising, this ought to not delay decision making.

“Aspects like legislative changes, expansion of the tax base by including petroleum products, real estate, etc, would require detailed and frequent deliberations,” he said.

Abhishek Rastogi, partner, Khaitan and Co, said with elections drawing closer, “it will be interesting to see whether political parties will bury their differences and work together for the greater good of the nation.”

“Regularity and predetermined frequency of meetings would enable faster and more predictable resolution of the current issues faced by businesses under GST. There are also quite open issues such as returns, etc, which have to be addressed in a time bound manner, " said M S Mani, partner, Deloitte India. 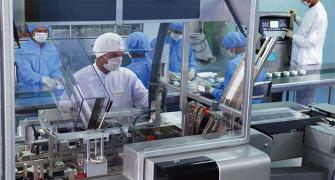 How GST refunds are being resolved