After keeping them at bay in its past meetings, the Empowered Committee (EC) of State Finance Ministers has finally agreed to lend a ear to business chambers on their concerns about the proposed Goods and Services Tax (GST), in its next meeting on November 28. 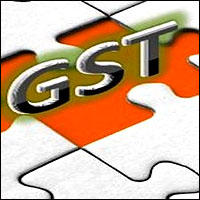 Industry wants inclusion of all services in GST, with a negative list. It feels petroleum, natural gas, real estate, alcohol and power generation should be kept under GST.

State governments want to keep most of these items outside GST. The chambers had been voicing their concerns before the central government on these issues.

Despite repeated attempts, the earlier empowered committee under Asim Dasgupta (then the West Bengal finance minister) had not invited them to EC meetings. Officials said the shift in was mainly due to its new chairman, Sushil Modi (Bihar's finance minister).

The committee is to also deliberate upon the paper on a negative tax list of services, released for public discussion by the Centre in August.

Another item on the agenda is the central government proposal to bring domestic natural gas/degasified LNG in the declared goods list.

In a letter to the EC, Prime Minister Manmohan Singh has asked states to consider a 'declared goods' status for natural gas and LNG. Items in this category are considered of special importance and attract less tax.

The issue of compensation to states for loss on account of reduction in Central Sales Tax (CST) may come up prominently at the meeting. Modi has already met Union finance minister Pranab Mukherjee twice on the issue.

The states have suggested the formula used for calculating compensation for loss of CST revenue for 2007-08 to 2009-10 be also followed for working out the compensation payable for 2010-11.

The Centre feels the compensation was initially envisaged only for three years and a new formula should be worked out to decide any future amount.

CST, a tax on inter-state movement of goods, was reduced from four per cent to three per cent in 2007-08 and further to two per cent in 2008-09, after introduction of Value Added Tax (VAT).

The finance ministry is proposing to give another Rs 2,500 crore (Rs 25 billion), arguing states have increased VAT rates, but states are asking for about Rs 10,000 crore (Rs 100 billion).
Vrishti Beniwal in New Delhi
Source: