GST collections in March slipped below the   psychological Rs 1 lakh crore-mark for the first time in four months to Rs 97,597 crore as the Covid-19 lockdown that shut most businesses compounded tax collection woes in an already sluggish economy.

Goods and Services Tax (GST) mop-up in March recorded a 8.4 per cent decline over March 2019 collection of Rs 1.06 lakh crore. The collections were lower on account of dip in revenues from domestic transactions as well as imports.

The number of GST returns filed during March was 76.5 lakh, lower than 83 lakh filed in February -- reflecting poor compliance.

The government has settled Rs 19,718 crore to CGST and Rs 14,915 crore to SGST from IGST as regular settlement.

The total revenue earned by the central government and state governments after regular settlement in March, 2020 is Rs 41,901 crore for CGST and Rs 43,516 crore for the SGST, it added.

The ministry further said that GST revenues from domestic transactions have shown a negative growth of 4 per cent over March 2019.

Taking into account the GST collected from import of goods, the total revenue during March 2020 has also decreased by 8 per cent over March 2019. During this month, the GST on import of goods has shown a negative growth of (-) 23 per cent as compared to March, 2019, the ministry added. 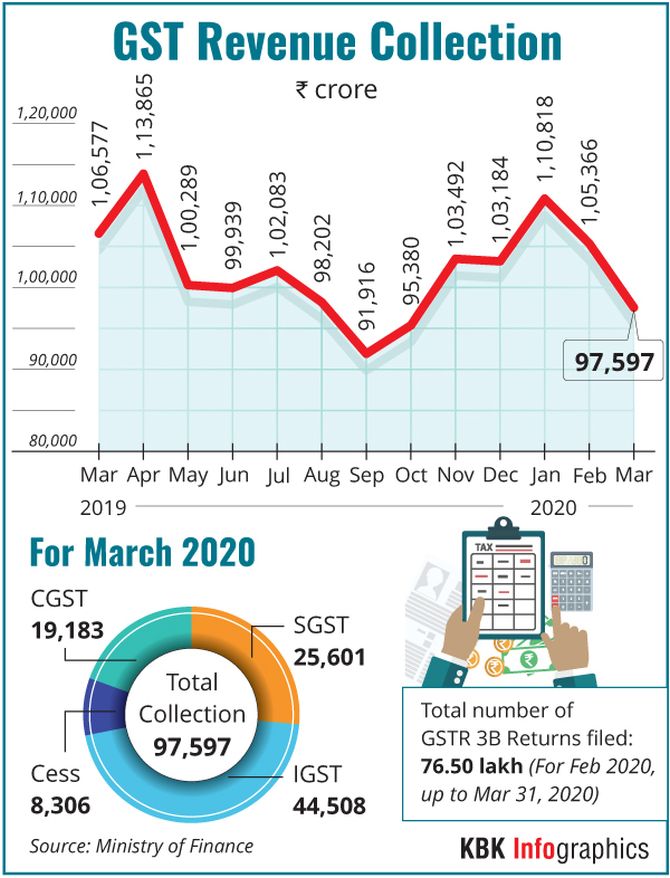 For the full financial year 2019-20, the GST from domestic transaction has shown a growth rate of 8 per cent over the revenues in the preceding year. During 2019-20, GST from import on goods fell by 8 per cent as compared to the previous year. Overall, gross GST revenues grew at 4 per cent year-on-year.

Tax experts, however, raised concern that the GST collection number was likely to decline further next month on account of disruption in economic activity due to the Covid-19 outbreak.

PwC India Partner & Leader, Indirect Tax, Pratik Jain said while there could be some impact of the slowdown that got triggered due to the onset of Covid-19 (though the impact of lockdown will be reflected in April 2020 numbers), there is around 7 per cent reduction in the filing of GSTR 3B over the last month.

"It seems that many businesses may not have been able to pay GST because of liquidity issues being faced after the lockdown. As the second half of March has been significantly impacted due to Covid-19 outbreak, the collections in April 20 is likely to be substantially lower," he added.

EY Tax Partner Abhishek Jain said GST collections not witnessing a significant dip this month is encouraging, specifically with the numbers expected to reduce in coming months, including collections, in April.

"With most businesses being non-operational for a considerable period in March and the relaxation of delayed payments being allowed, the collections in the coming quarter would see quite a fall," Jain added.

Deloitte India Partner M S Mani said the lower than budgeted GST collections could be on account of the overall sluggishness in the economy in the past few months.

"At this stage, it is necessary for businesses to conserve cash in order to enable resumption of operations once the lockdown ends, and any deferral of the GST payment timelines by a few months would significantly assist them in this process," Mani added. 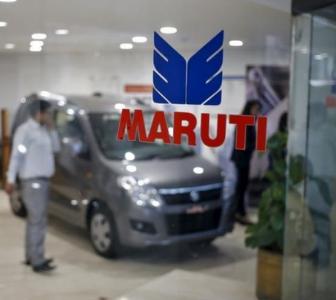